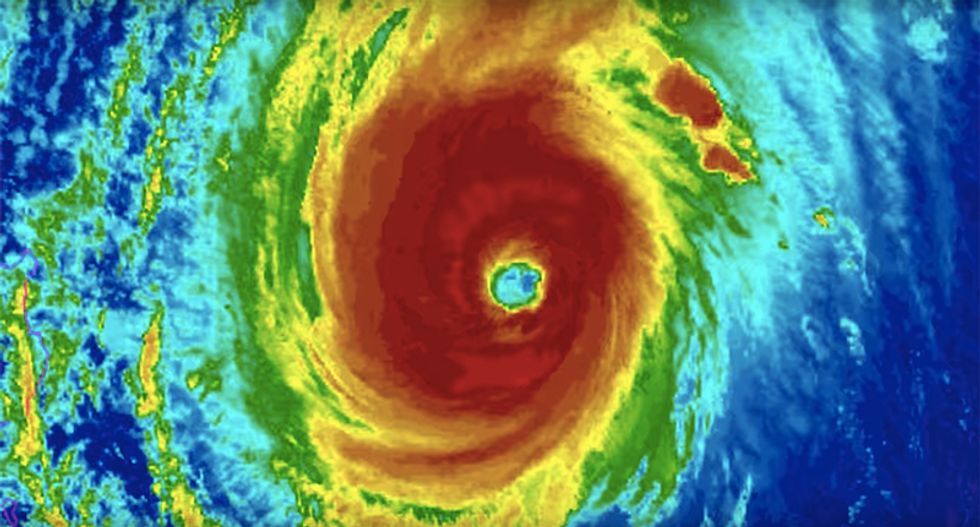 The Philippines raised tropical cyclone warnings levels for nine provinces and put a mountainous region on high alert for possible landslides on Monday ahead of a typhoon that threatened storm surges and floods triggered by heavy winds and rain.

Typhoon Yutu, which caused havoc last week with a direct hit on the U.S. Northern Mariana islands, was set to make landfall on Tuesday morning and move across the main island of Luzon before exiting the Philippines 24 hours later, the state weather agency PAGASA said.

That was less intense than four days ago, when as a super typhoon it barrelled through the Marianas, a U.S. Western Pacific archipelago of 52,000 people, tearing off roofs, overturning vehicles and cutting off power and water.

Nine provinces in north Luzon were elevated to warning signal 2 on the severity scale of 5, and 20 more were put on the earliest warning of 1, with strong winds and rains expected later on Monday. The mountainous Cordillera region was put on red alert for landslides.

Known locally as Rosita, the typhoon will be the 18th to hit the Philippines this year and comes six weeks after super typhoon Mangkhut tore across Luzon, triggering landslides that killed dozens of people and damaged about $180 million of crops.

Classes were suspended in at least five provinces and fishermen in Luzon and the eastern seaboard advised not to go to sea. All boat services in the port city of Batangas, about 83 km (52 miles) south of Manila, were suspended on Monday.

About half of the Philippines’ 105 million population live in the Luzon region. The country is hit by an average 20 typhoons each year.