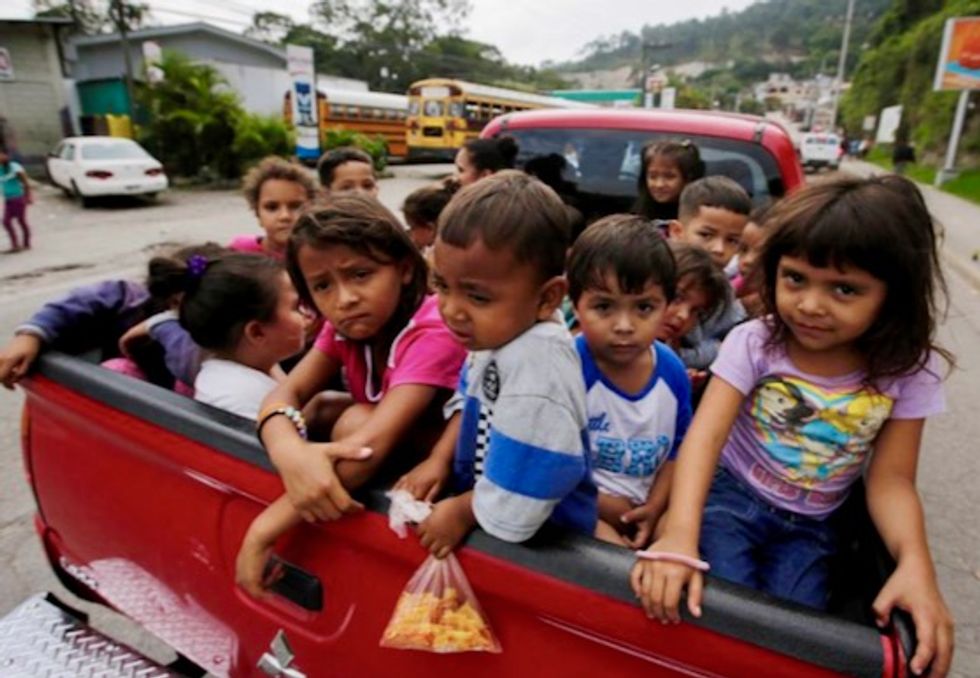 The U.S. military will deploy over 5,200 troops, including armed soldiers, to bolster President Donald Trump’s efforts to secure the border with Mexico as a caravan of migrants treks toward the frontier, a senior U.S. general said on Monday.

General Terrence O’Shaughnessy, the head of U.S. Northern Command, said 800 U.S. troops were already en route to the Texas border and 5,200 would be headed to the southwest region by week’s end, far higher than the 800 to 1,000 initially forecast.

“That is just the start of this operation. We will continue to adjust the number and inform you of those,” O’Shaughnessy told reporters. “But please know that is in addition to the 2,092 that are already employed from our National Guard” troops.”

The Pentagon previously declined comment on potential troop numbers, saying that planning was still under way for a mission that risks drawing the U.S. military into a politically charged operation just days ahead of the Nov. 6 mid-term congressional elections.

President Donald Trump, who has seized upon the Central American migrant caravan in campaign rallies ahead of the vote, said on Twitter that the military would be waiting for the procession — suggesting a far more direct role in confronting the migrants than U.S. defense officials have previously suggested.

“Many Gang Members and some very bad people are mixed into the Caravan heading to our Southern Border,” Trump tweeted.

“Please go back, you will not be admitted into the United States unless you go through the legal process. This is an invasion of our Country and our Military is waiting for you!” he added.

A caravan of mostly Hondurans, estimated to number between 3,500 and 7,000, who left their country in mid-October are now in southern Mexico. Since then, two more caravans of migrants have set off.

Some migrants have abandoned the journey, deterred by the hardships or the possibility instead of making a new life in Mexico. Others joined it in southern Mexico.

There are 2,100 U.S. National Guard forces at the border already, sent after a previous Trump request in April.

U.S. officials told Reuters last week the military would have not have an active law enforcement role, instead sending engineers, pilots and other support staff including some that may be able deal with crowd control on the U.S. side of the border. Pentagon officials declined comment on Monday.

Last week, Defense Secretary Jim Mattis authorized the use of troops and other military resources at the U.S-Mexico border. U.S. officials told Reuters they would begin deploying as soon as Tuesday and their mission was authorized through mid-December, a date that could be extended.

On Sunday, Mattis told reporters that some construction materials were already being moved to the border, including barriers. He said the Department of Defense was still planning the logistics and details of the deployment.

Mattis suggested the mission would take time to develop, saying it would be a “phased” operation. U.S. officials have told Reuters the support mission would be coordinated by the U.S. military’s Northern Command.

Trump, who campaigned against illegal immigration to win the 2016 U.S. presidential vote, has seized on this caravan in the run-up to the congressional elections, firing up support for his Republican Party, which is seeking to maintain control of Congress.

If the Republicans lose control of the House of Representatives or the Senate, it could become much harder for Trump to pursue his policy agenda in the remaining two years of his term in office.

Trump’s decision to call in the military appears to be a departure from past practice, at least in recent years, in which such operations were carried out by National Guard forces — largely part-time military members who are often called upon to serve in response to domestic emergencies.

The decision to send active duty forces this time gives the Pentagon the ability to more rapidly mobile greater capability than would be immediately available with the Guard, officials tell Reuters.