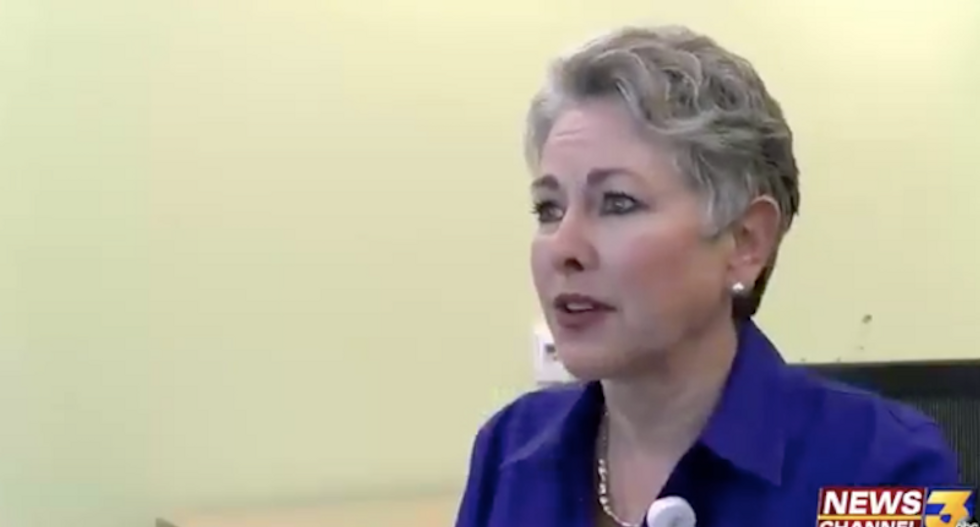 A man in Palm Desert, California, was so offended by hearing people speak in Spanish that he screamed at a group of elementary school children on a field trip, reports KESQ.

Students visiting Living Desert, a natural history museum and zoo, were directed to leave the coyote exhibit by their teacher, who then repeated the instructions in Spanish.

A man standing nearby "proceeded to yell obscenities at the teacher and the children pertaining to their Hispanic heritage and culture," according to the school principal.

The school Superintendent added the students were accosted "In an aggressive sort of manner by a strange man, that was, I think unhappy, that they were not speaking English and wanted them to speak English,” she said Sandra Lyon.

The teacher moved her students away. But the man wouldn't leave them alone, confronting them again later in the afternoon. They called security.

The director of park services and guest relations said the man did not belong in their museum.

“No we don’t know anything about him just somebody who was in the wrong place and not the right fit for him to spend his day here at the zoo which is family driven and not at the place for his liking," she said. The school did not submit a police report.

The Living Desert is planning a surprise to make it up to the kids.