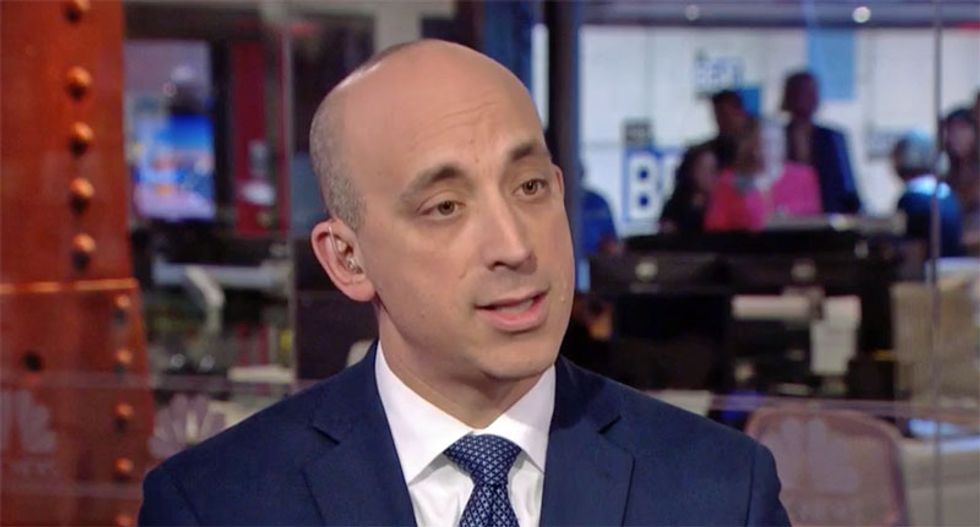 The head of the Anti-Defamation League warned of a "five-alarm fire" in America due to irresponsible political rhetoric during a Monday appearance on MSNBC's "The Beat with Ari Melber."

Melber began the segment by reporting that FBI data showed a dramatic increase the day after President Donald Trump won the 2016 election and playing clip after clip of TV reports on hate crimes during the Trump era.

"Let me put it bluntly and you can educate us. Anti-semitism is very old in world history, why do you see it as resurgent now in the US?" Melber asked Jonathan Greenblatt, the CEO and national director of the Anti-Defamation League.

"Number one, I think the political environment has something to do with where we are today," he replied. "Look, people are on edge, the country is very polarized and anxiety is high, and we shouldn't be surprised when extremist rhetoric and hateful language isn't stopped in its tracks, that anti-Semitism and hate crimes follow."

"We've seen this, we've seen people in positions of authority -- including the president -- retweeting the language of white supremacists, using phrases that are literally borrowed from the playbook of bigots," he noted.

"And the failure to call it out when it happens, or equivocate -- like in Charlottesville -- gives these people license to operate," Greenblatt explained.

"They feel emboldened and energized," he added.

"This is actually a five-alarm fire, the conspiracy-mongering, accusing Jewish financiers of manipulating events, this didn't start with George Soros, but the continued repetition of this rhetoric, this is appalling, whether it's the president or it's elected officials in Congress, or political candidates or anyone else, should make these wild claims," he concluded.