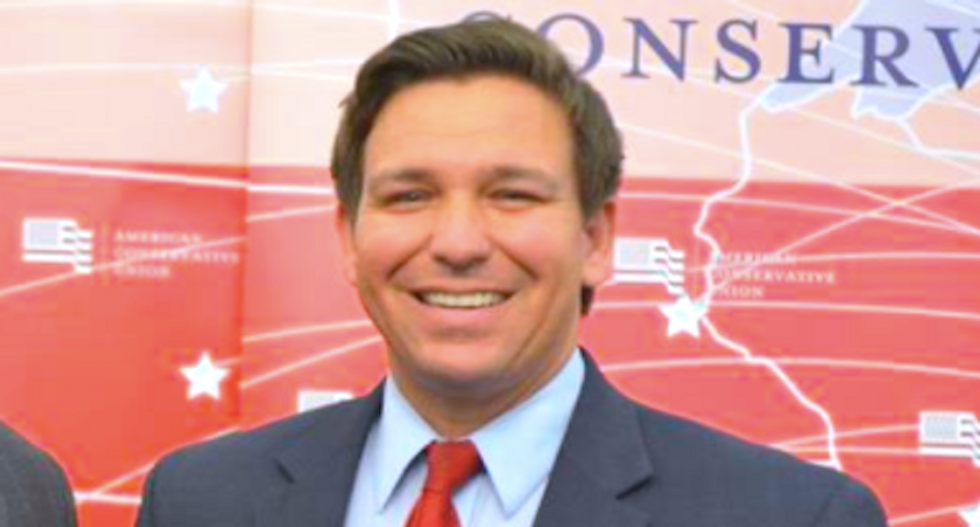 Republican Florida candidate for governor Ron DeSantis was seen on video spreading a conspiracy theory about George Soros just days after the liberal billionaire was sent a bomb in the mail.

The Daily Beast's Sam Stein reported on Monday that DeSantis' remarks were made on Friday while speaking to a group at Inman Park Baptist Church in Winter Haven.

“He could be seeding, into our state government, you know, Soros-backed activists,” DeSantis said of opponent Andrew Gillum, the Democratic mayor of Tallahassee.

Just three days before DeSantis spread the conspiracy theory, Soros had been sent a mail bomb, allegedly from a Florida man who supported Republicans candidates like President Donald Trump.