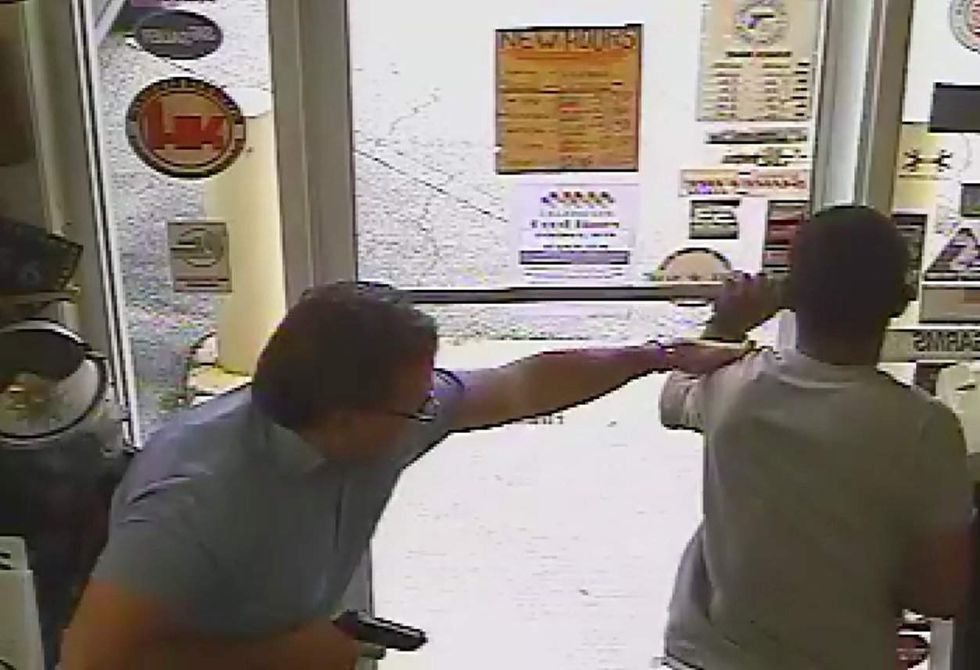 A Florida city commissioner has been arrested and charged with second-degree murder for shooting a man he suspected of trying to shoplift a hatchet from his military surplus store, officials said on Saturday.

Michael Dunn, a commissioner in the city of Lakeland between Tampa and Orlando, was acting in self-defense, his attorney told local media. Florida’s “stand your ground” law removes the legal responsibility to retreat from a dangerous situation and allows the use of deadly force when a person feels greatly threatened.

But prosecutors rejected that explanation for the Oct. 3 shooting and Dunn was arrested at his lawyer’s office late on Friday, Lakeland police spokesman Gary Gross said in an email.

Brian Haas, state attorney for the 10th district of Florida, told a news conference that on Friday a grand jury indicted Dunn on a charge of second-degree murder.

Second-degree murder is less serious than first-degree murder because it does not involve an allegation of pre-meditation. In Florida, a person convicted of the crime still faces a possible maximum sentence of life in prison.

Haas told reporters that he found Dunn’s actions were not justified under Florida’s “stand your ground” legislation.

An attorney for Dunn could not be reached for comment on Saturday.

The victim, 50-year-old Cristobal Lopez, had entered the store with his father. Dunn saw Lopez conceal a hatchet and asked him if he planned to pay for it, police said in a statement the day after the shooting.

In security camera footage from the store that was made public, Lopez is seen trying to leave with the hatchet while Dunn attempts to pull him back by his shirt with one hand and points a pistol at him with the other. Dunn then shoots Lopez, who falls to the ground.