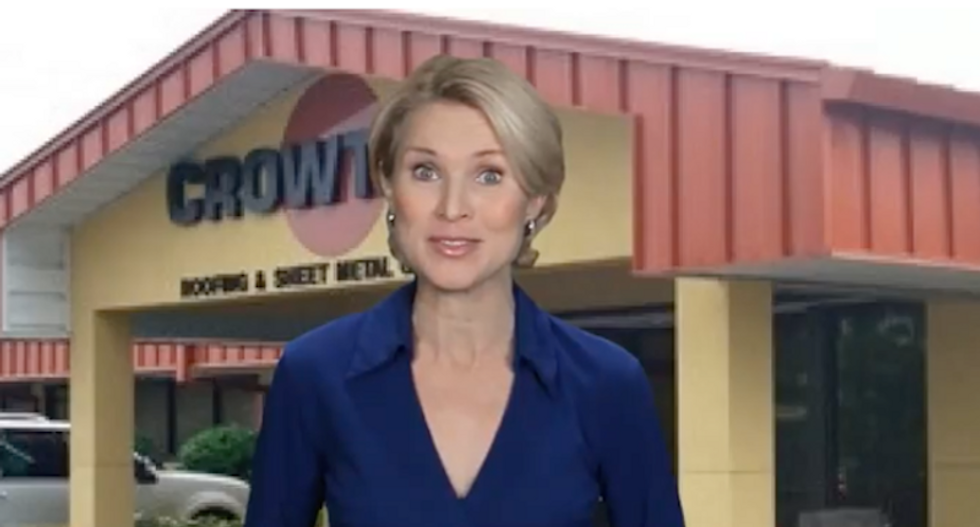 A Florida roofing company jumped into the national conversation about the confirmation hearings of Brett Kavanaugh and the #MeToo movement with a sign that seemed to make light of sexual assault.

The owners of the company, who often post controversial signs, apparently didn't expect such an uproar and defended the decision.

"We in no way advocate or condone sexual assault," said Lee Crowther Sr., the company's founder, said. "Anyone who thinks that is goofy."

Yet it's hard to deny that the message referenced the accusations of Dr. Christine Blasey Ford, who came forward publicly 35 years after her alleged sexual assault.

One woman critical of the sign said that it's that kind of attitude that might prevent a woman from sharing her story.

According to the News Press, the store's employees were subjected to death and rape threats.

They've previously posted other controversial signs, such as the suggestion that it was un-American to not speak in English. "One Flag. One Language. God Bless America." The roofer has also weighed in on the debate surrounding confederate statutes.

"So why wasn't anyone offended over statues when Obama was President?" they asked in 2017.