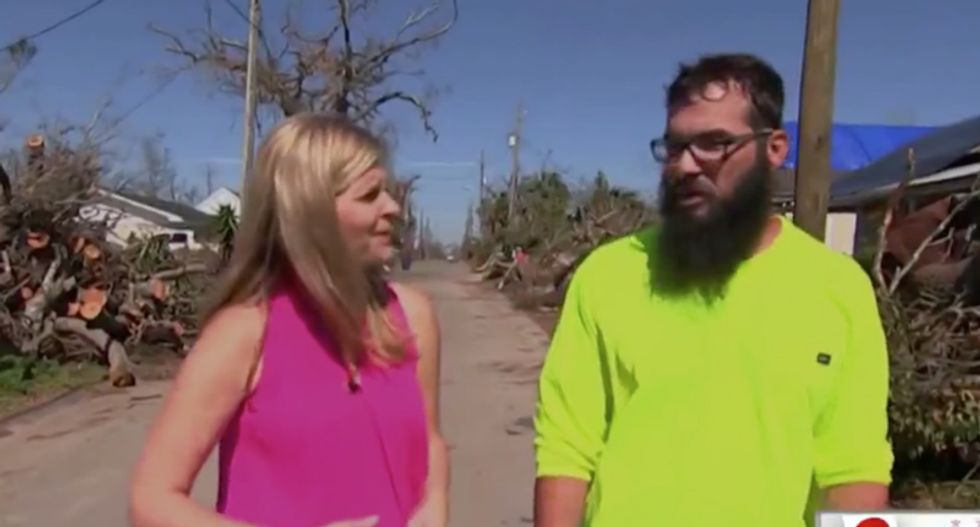 MSNBC's Catie Beck, reporting live from the Florida panhandle Wednesday, said that Republicans had found themselves at a sudden disadvantage because the districts they most rely on are still devastated by Hurricane Michael, and many of their voters may be unable or unwilling to vote next week.

As a result of the storm, the region's more than 40 early voting locations have shrunk to six, and the county had scrambled to find polling sites and election workers, Beck said.

Beck spoke to an expert on Florida elections, Steve Shale, who told her that voter turnout "could take a hit", spelling trouble for the GOP "since this district usually votes solid red."

By way of example, Beck spoke with resident Shane Mathis, who said he would be unable to vote this year.

Asked if voting was a priority, Mathis replied "no, zero, none."

"Too much work around my house, and I'm working six days a week," Mathis added, as he used a chainsaw to cut down the piles of debris that still litter the area.