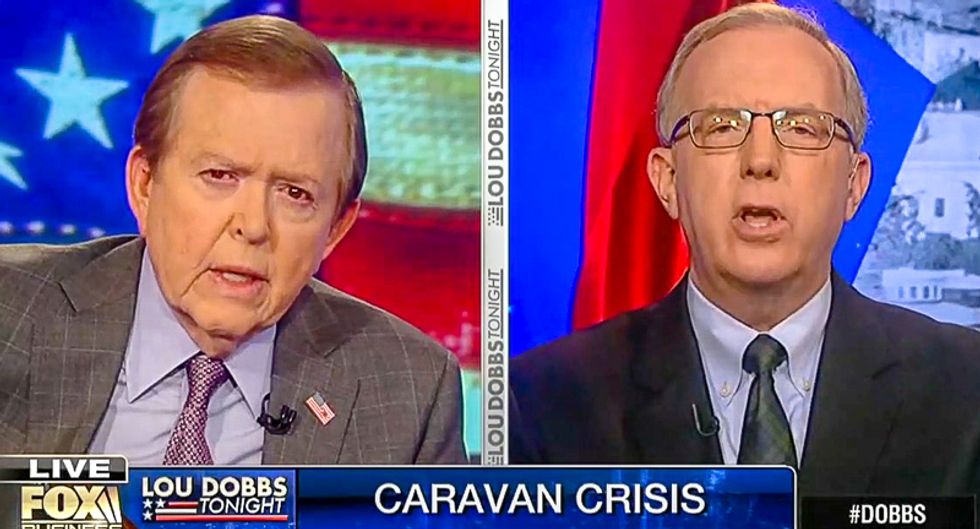 Fox Business Network on Sunday said that it was pulling an episode of Lou Dobbs Tonight after a guest asserted that billionaire George Soros had infiltrated the State Department as a part of a conspiracy to assist a caravan of migrants traveling from Central America.

According to Variety, Fox Business made the decision to take the episode out of rotation due to "social media pushback" after 11 were killed in a synagogue shooting on Saturday. A day before the shooting, a Fox Business guest had blamed Soros, who is Jewish, for the caravan. Slate suggested over the weekend that the shooter may have picked up the conspiracy theory after watching Fox.

“We condemn the rhetoric by the guest on Lou Dobbs Tonight," Fox Business executive Gary Schreier said in a statement. "This episode was a repeat which has now been pulled from all future airings."

On the Thursday episode of Dobbs' show, Chris Farrell of Judicial Watch connected Soros to the caravan without offering any evidence.

“A lot of these folks have affiliates that are getting money from the Soros-occupied State Department,” Farrell declared.

Josh Marshall of Talking Points Memo pointed out that Farrell used the term "ZOG," which is "a staple of white supremacist/neo-Nazi websites/literature etc."