Fox & Friends melts down over drunken bar brawl story: ‘Are we really going to tell Brett Kavanaugh not to become a Supreme Court justice?’ 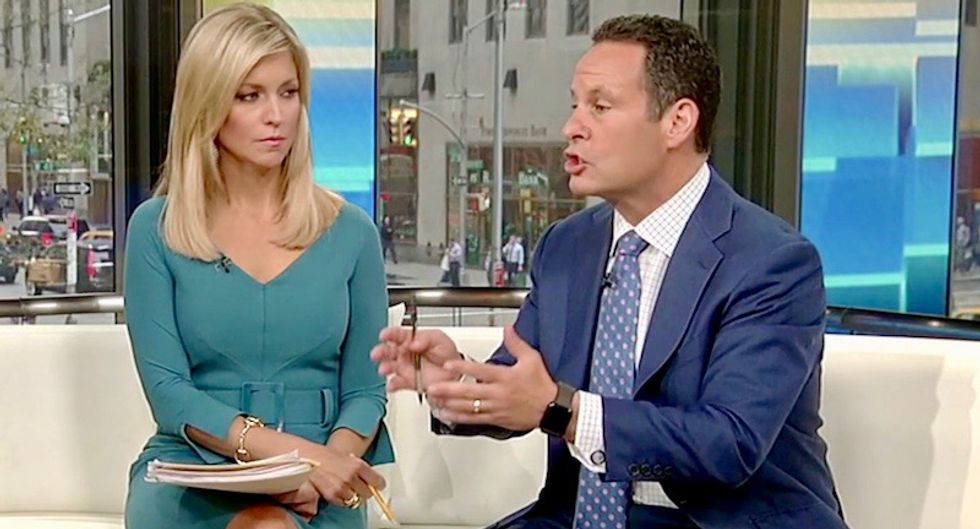 New allegations of Supreme Court nominee Brett Kavanaugh's violent drunken antics came from the New York Times Monday, in the form of a story about a bar fight Kavanaugh reportedly started by throwing ice at a man after a UB40 concert in New Haven, Conn.

After Kavanaugh and former Portland Trail Blazers standout center Dudley reportedly injured the man, he was interviewed by police and refused to say what he had done.

The report got swift pushback from the Trump team, with spokesperson Sarah Huckabee Sanders describing the account in which police investigated Kavanaugh's allegedly drunken violent behavior and he refused to answer their questions as "desperate."

On Tuesday morning, the Fox & Friends crew was likewise angry that Kavanaugh was being questioned about the incident.

"Is this happening?" asked co-host host Brian Kilmeade. "Are we really going to tell Brett Kavanaugh not to become a Supreme Court Justice over an ice incident in 1985, not 30 years in criminal justice."

(Kavanaugh has never worked in criminal justice—he was a law clerk, a political operative, a partner in a law firm and a federal appeals court judge.)

Kilmeade then previewed what he thinks the anti-Kavanaugh talking point will be in the final debate about his confirmation.

"They're going to say, collectively, how can we do this?" he said. "Brett Kavanaugh's got to prove, disprove, what all these people are saying."