Fox News embedded reporter burns Trump on caravan criminals: 'Most are driven by poverty and a better life' 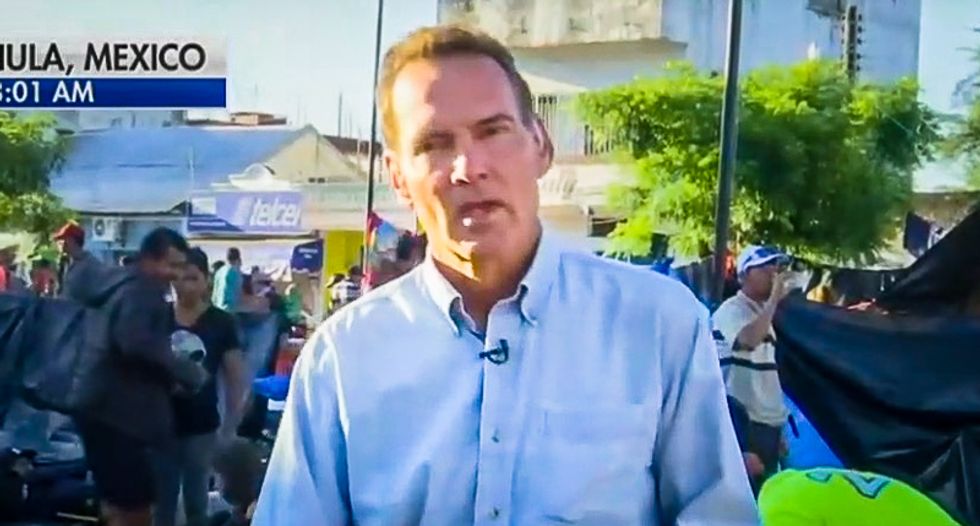 A Fox News reporter embedded with a caravan of migrants in Central America on Tuesday knocked down President Donald Trump's claim that most of them were "bad people."

Reporting from Tapachula, Mexico, Fox News' William La Jeunesse told host Sandra Smith that the president had been wrong about the people traveling with the caravan.

"Mexico has offered asylum to the people here, nine out of ten have refused it [because] they want to go to the United States," La Jeunesse said. "As to this criminal issue, I'll tell you this: You can't see, people, if they have a rap sheet. Gangs have stopped with the tattoos because it's a ticket home, it's too obvious."

"But this does not appear to have been infiltrated by the mob," he continued. "There's a lot of families here. Most of the people appear to be simply driven by poverty, looking for a better life."

One member of the caravan admitted that "criminals" were traveling with the group.

"But it's not that many," the man insisted. "It's good people in here trying to get through Mexico and then get to the United States. But that doesn't mean that everybody is a criminal."