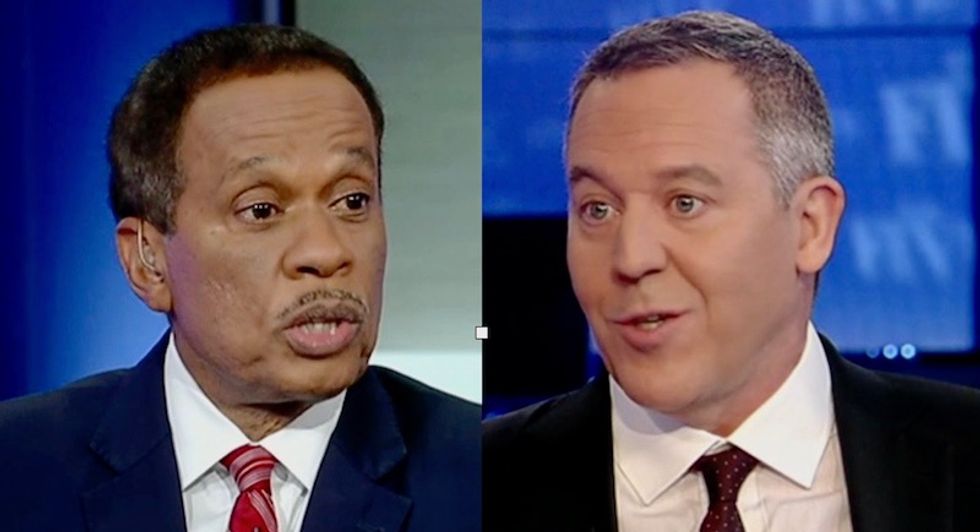 Fox News host Juan Williams was forced to defend himself from a co-worker who used the word "token" in describing him on The Five Friday night.

Williams is an experienced journalist who has worked for The Washington Post, The New York Times, The Wall Street Journal and National Public Radio.

But in a debate about the Kanye West's meeting with Trump, Williams' tenure on the show was mocked by his co-host Greg Gutfeld. Gutfeld is rightwing comedian and talkshow host whose credits include appearing on Louie once and on lesser-known television programs like Mark Latham's Outsiders and Stossel.

Gutfeld pushed back at CNN host Don Lemon's criticism of Kanye West by saying that anyone could claim that Lemon was "a prop" for CNN.

"You could use this here on The Five with Juan," Gutfeld said. "I could call you a prop."

Gutfeld then said that he "would never do that" but Williams seemed to feel he had just done it.

Williams was forced to wait for a minute before having a chance to respond.

"I don't want it to go without comment that I'm a token," Williams said.

"But you see my point about the argument?" interrupted Gutfeld.

"No, I'm saying let's look at the substance," Williams said. "And when I looked at the substance I saw nothing but a public relations stunt put on by the president and maybe Kanye thinking it helped his reputation."