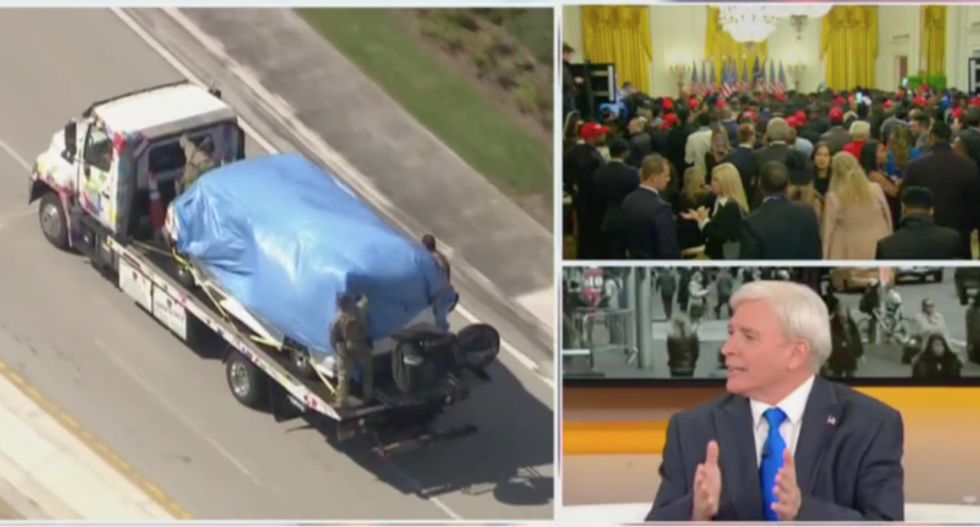 The cast of Fox News' "Outnumbered" on Friday worried that Americans would draw their own conclusions about what motivated mail bombing suspect Cesar Sayoc if they were able to make out the text of the bumper stickers that covered his van. The stickers promote a wide array of right wing conspiracy theories, and many include targets on prominent Democratic political figures

"The one thing they don't want to have happen is people see those written things on the van and take pictures, and then you have the Internet problems," said guest Steve Rogers, a former member of the FBI Joint Terrorism Task Force. "People will formulate motives in their own mind."

"I think the cat may be out of the bag," replied host Melissa Francis with a nervous laugh.

"We have learned in law enforcement that it's best to complete an investigation with all the facts before we start pointing fingers," cautioned Rogers.