Fox News panel scolds Trump: He is sending 'signals' that violence against his opponents is OK 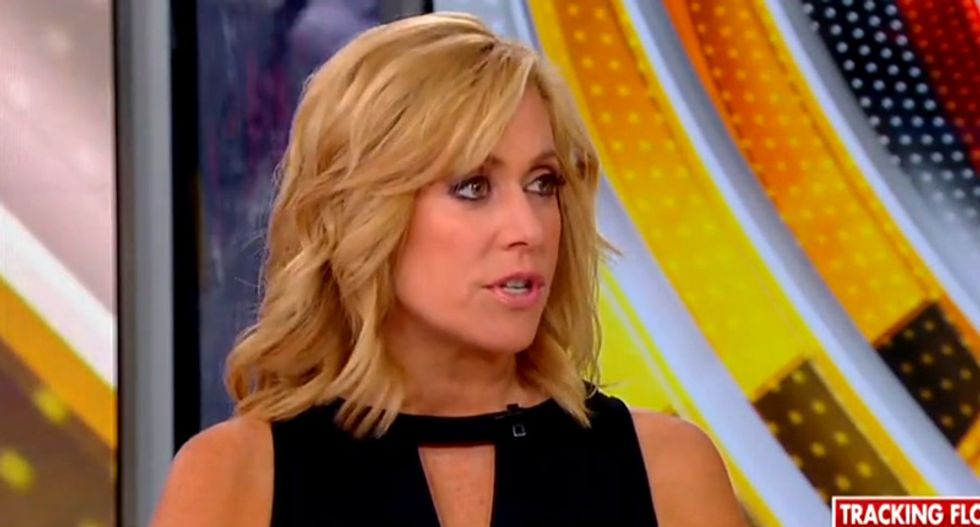 Fox News personalities on Monday admitted that the rhetoric of President Donald Trump has encouraged violence and incivility towards his opponents.

Conservatives, including Trump, have adopted the phrase “jobs not mobs” to criticize Democrats for their alleged lack of civility.

After noting that both Senate Majority Leader Mitch McConnell (R-KY) and House Minority Leader Nancy Pelosi (D-CA) had recently faced angry citizens, Fox News host Melissa Francis said Trump’s “language has not been great” one this issue. “Far from it,” she remarked.

“The fact of the president is a fighter is a good thing. But you have to know how hard and went to fight," he said.

“All leaders have to make that judgment. Frankly, when the president in the 2016 campaign at his rallies said he’d pay people’s legal bills if they took people out, when he just recently praised a congressman who body slammed a reporter... these are signals sent from the highest office.”