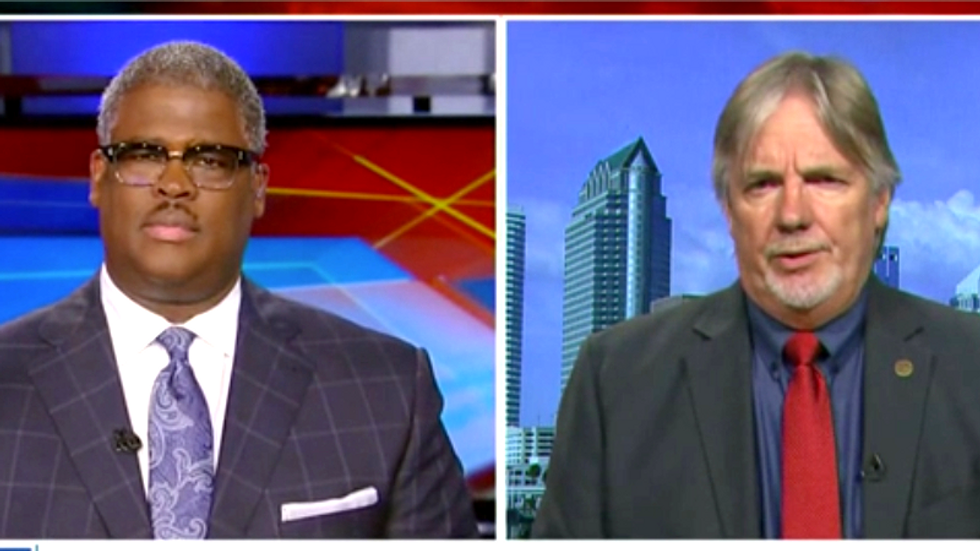 As the migrant caravan crisis grows, Fox News is peddling fear tactics to their viewers. On Monday, a former ICE agent David Ward told Fox News host Charles Payne that some of the migrants have leprosy.

"We have three tenants of problems, national security, public safety, and public health issues with these caravans coming to the United States," Ward said.

"In the national security realm, we have all sorts of people, not only from Central America but they are coming in from Africa and the Middle East and other places in this caravan," he said.

He added, "They are going to come between the ports of entry where we have the paths of least resistance. Then [we have] public health. Individuals [are] coming from all over the world that has the most extreme medical care in the world."

"They are coming in with diseases such as smallpox and leprosy and T.B. [and this is] going to affect our people in the United States," he said.

Later, Payne clarified that there was no evidence that the migrants had leprosy.