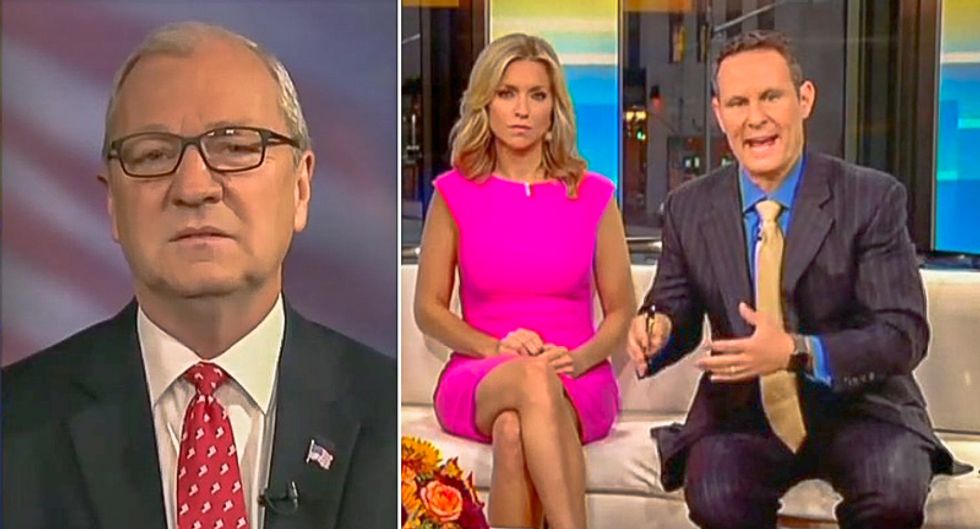 Fox News host Brian Kilmeade suggested on Wednesday that the "MeToo" movement had "gone too far" because American women raised on the prairie have historically been "tougher" about sexual assault and rape.

Cramer said that he was "the most surprised person in America that she did vote the way she did."

Kilmeade argued that Heitkamp had been influenced by the MeToo movement.

"You brought up the MeToo movement," Kilmeade remarked. "You think it's gone too far and you think generations in the past, in your family, women were tougher, they were raised on the prairie. Do you want to expand on that?"

"Well, sure," Cramer agreed. "I think what's happened is the zeal of the movement has gone too far, to the point where they are accosting male members of the United States Senate in the Capital in elevators. And then they cry victim as soon as they are spoken back to."

"And what happens when they do that is they actually damage their own cause," he opined. "Oftentimes the left does that, they go too far, they exaggerate. Again, their zeal gets the best of them."

Cramer concluded: "Right now, I think the MeToo movement is actually hurting their own cause."