Fox News' Shep Smith links conservative rhetoric to synagogue shooting: 'Stop it -- look in the mirror and calm down' 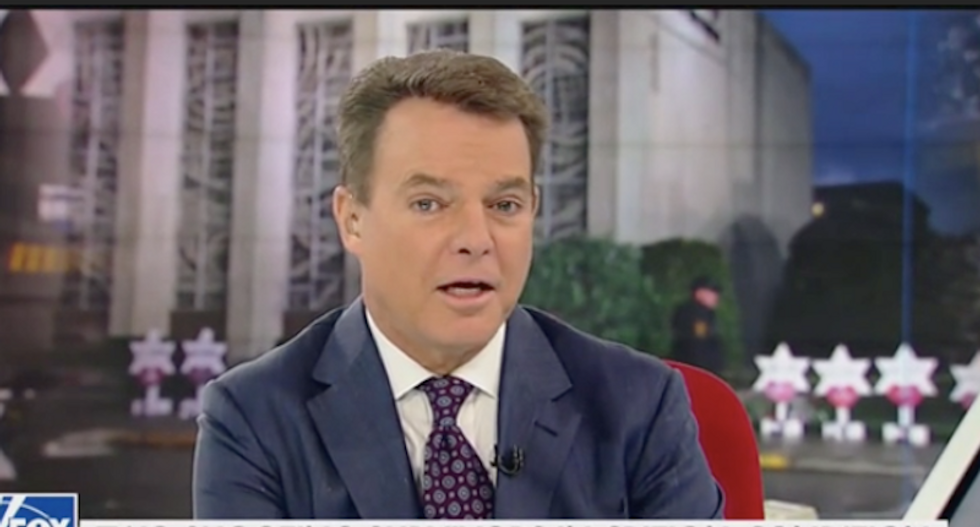 On Fox News Monday, host Shepard Smith got emotional after playing footage of a ceremony honoring the 11 slain members of the Tree of Life synagogue in Pittsburgh.

"There is a Jewish organization that brings refugees," Smith said of HIAS, the progressive Jewish group that apparently triggered the gunman's rage. "They are lauded and loved in greater Pittsburgh... they're human rights advocates and they're helping people who need help."

Smith then tried to process the gunman's warped logic.

"He equates that with the ... it's not coming to get you, not caravan of invaders, that politicians are using to gin up fear to get people to the polls. And he says, that was it. He said, 'I'm going in.' And he murdered those 11 individuals," Smith said.

"Shut up about drawing lines. This rhetoric exists. This man said this thing and now this thing happened. Stop it. Look in the mirror and calm down." Smith continued.

"You turn up the crazy and the crazies come out," Smith concluded.