Geoffrey Rush would 'look at me and lick his lips': actor 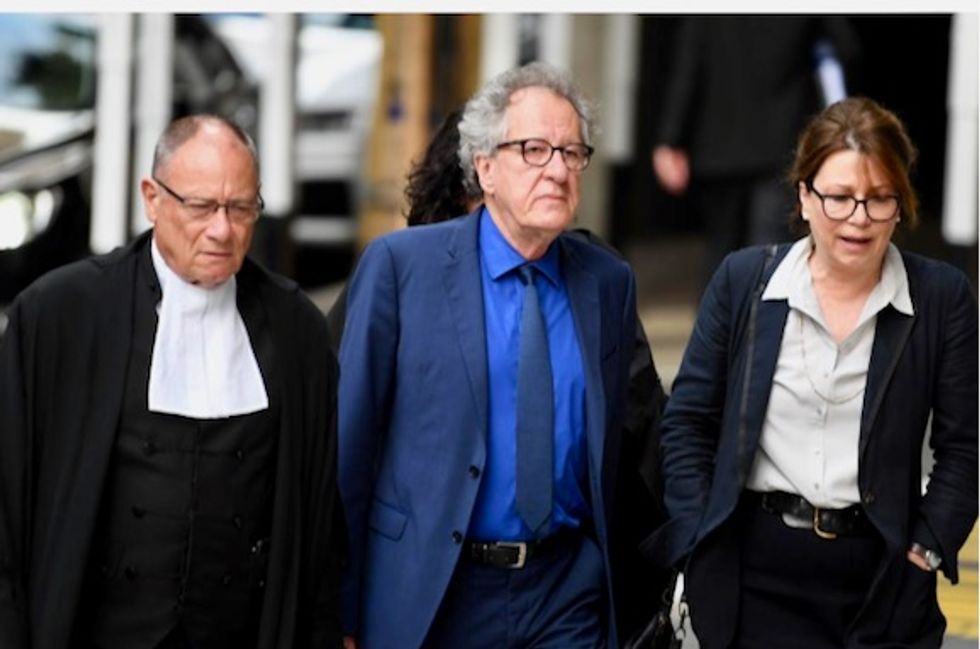 Oscar-winner Geoffrey Rush touched his co-star on the breast and humiliated her with sexual innuendo during a production of “King Lear”, the co-star told an Australian court on Tuesday, as News Corp defended publishing some details of her claims.

In Australia’s first defamation case of the #MeToo era, Rush is suing News Corp’s Australian arm over a series of articles saying he was the subject of a complaint to the Sydney Theatre Company regarding the 2015 Lear production.

Under the headline “KING LEER,” and in later articles, Sydney’s Daily Telegraph newspaper said last year that the actor, in the title role, had been accused by a co-star of unspecified inappropriate conduct.

The articles did not name the accuser nor detail the conduct, but the female actor, Eryn Jean Norvill, who played Lear’s daughter Cordelia, was called to give evidence by News Corp which stands by the stories.

Rush, 67, and a star of Australian theater, who won the Best Actor Oscar in 1997 for “Shine” and has since appeared in the “Pirates of the Caribbean” films, has denied any improper conduct.

But Norvill, her voice at times breaking with emotion, said Rush constantly behaved inappropriately toward her and other women in the play, as she gave evidence at the Federal Court in Sydney.

“He would look at me and smile and cup his two hands, and lick his lips, raise his eyebrows, bulge out his eyes, sometimes he’d, like, growl,” Norvill said.

In one rehearsal, when she was playing dead in a climactic scene, Norvill said she opened her eyes to discover Rush simulating groping her breasts. In a performance of the scene, she said Rush stroked her right breast slowly with his fingers.

“It didn’t feel like an accident,” she said, adding that his behavior made her feel humiliated, belittled and put her on “high alert” around Rush whom she had previously idolized.

She did not confront him at the time, she said, because she “was at the bottom of the rung in terms of hierarchy and Geoffrey was definitely at the top and that was in play”.

Rush has previously told the court that the Telegraph’s stories implied he was a major pervert, or guilty of major depravity, and did not fit his recollection of the production.

A spokeswoman at Shanahan, Rush’s management firm in Sydney, declined to comment.

Earlier in court, Rush’s lawyer argued the story was only pursued because the Telegraph wanted an Australian angle on the accusations leveled at U.S. film producer Harvey Weinstein that sparked the #MeToo movement.

Hundreds of women have since accused powerful men of sexual harassment and abuse. Rush’s lawyer said the articles destroyed his career and he would seek “very substantial” damages, though it is not clear how much he could claim if he wins.