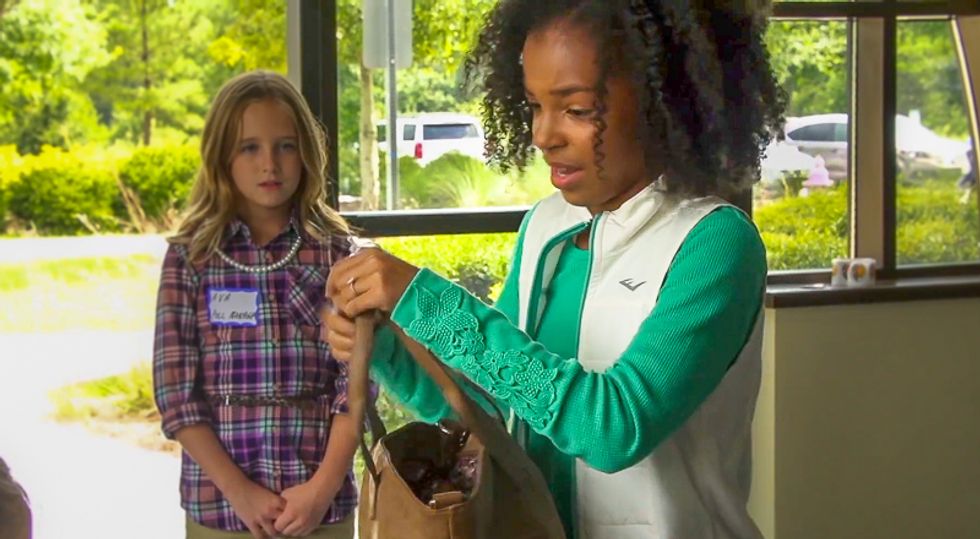 Georgia Secretary of State Brian Kemp was called out this week for creating a video that shows a black person without photo ID being denied voting privileges, while a white person is allowed to cast his ballot.

The video, which was published to Kemp's YouTube page in 2016, is still being promoted by the Georgia Secretary of State's website. The instructional video was recently noticed by Anjali Enjet of The Nation.

The video uses children as actors to make its point about having the proper ID. A white child is used as an example of a good voter with a valid ID. Soon after, a black girl is presented as someone who should be stopped from voting because she does not have proper identification.

The video shows the girl casting a provisional ballot instead. Provisional voters are given three days to return to their county elections office with valid identification.

Kemp, who running for governor in Georgia, has refused to step down as secretary of state and is effectively overseeing his own election. His office recently came under fire after putting 53,000 voter registration applications on hold. Nearly 70 percent of those registrations belong to black voters, who are largely expected to support his opponent, Stacey Abrams.