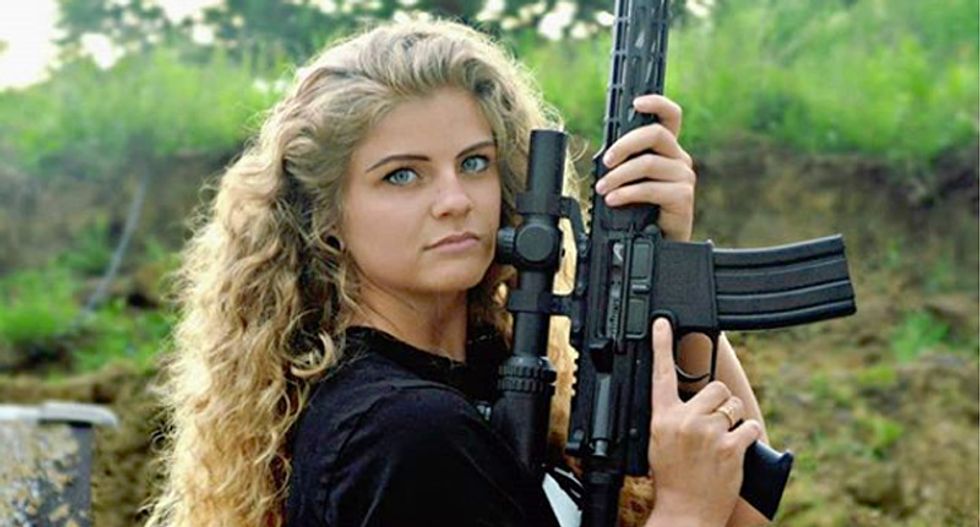 An unregistered pro-gun rally at Kent State University cost the university $65,000 in expenses and the organizer will not have to pay, the Akron Beacon Journal reports.

Right-wing provocateur Kaitlin Bennett, known by her nickname "Gun Girl," had been told she couldn't hold a rally on the campus, where four innocent bystanders were killed by National Guardsman during an anti-Vietnam protest.

Bennett had the rally anyway, with extremist groups like the Proud Boys and the 3 Percenters saying they would show up in support.

That, in turn, prompted leftists groups to plan to show up in opposition.

As a result, the university and city of Kent had to bring in more than 300 police officers from various agencies.

Because the rally was held without a permit, university President Beverly Warren says Bennett "cannot be billed for the costs because the event was not registered with the university."

Bennett, who complained that she was "attacked by Antifa" while armed at the rally says the loose coalition of leftist activists should be "responsible for the costs."