HBO host warns GOP women voters: 'Your whiteness will not actually save you from what patriarchy has for you' 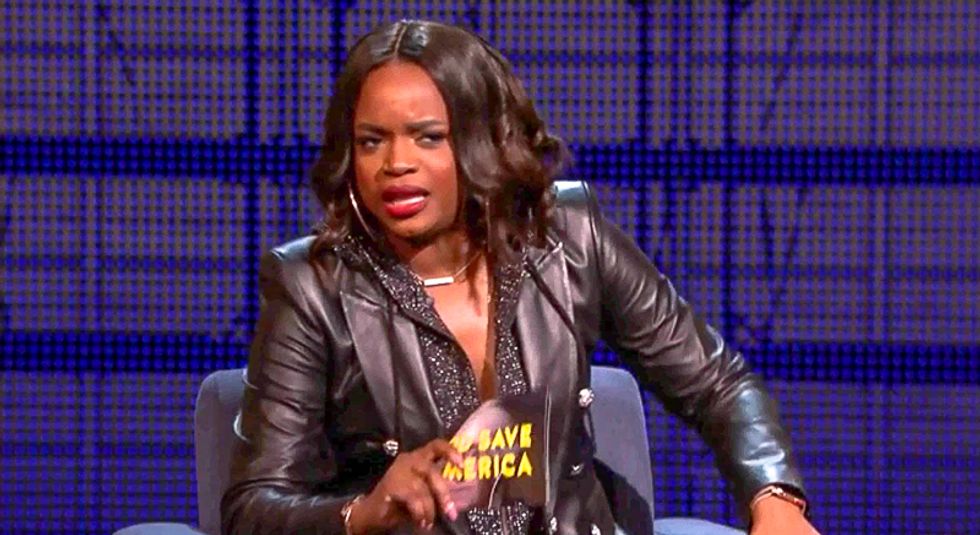 HBO guest host Brittany Packnett warned white Republican women that they will not be protected from male oppression just because of the color of their skin.

Packnett, an activist for Teach for America, made the remarks during HBO's weekly Pod Save American program.

"Let's talk about our sister Stormy Daniels because she absolutely does not deserve the way that this president has been talking about her," Packnett said. "But here's what, frankly, worries me. This 'president' -- yeah, I used air quotes -- he has been talking horribly about women since he was a candidate."

"He admitted to being a sexual assaulter when he was a candidate and 53 percent of white women went ahead and elected him anyway," she lamented. "So let me talk to my white sisters for a second. I just want to issue a warning and I hope you are listening closely."

Packnett continued: "I want you tell your mamas and your aunties and your grandmothers -- from me -- to stop selling us out! Listen, I know it's really hard but your whiteness will actually not save you from what patriarchy has for you."

According to Packett, women should learn from the way Dr. Christine Blasey Ford was treated when she testified against then-Supreme Court nominee Brett Kavanaugh.

"Right?" Packett pointed out. "We all know what happened to her when she decided to stand up and be a patriot in this country and try to save the rest of us."

"I'm asking the 47 percent (of white women who voted for Hillary Clinton) to talk to the 53 percent and to tell them to stay woke and get on the right side of history," she concluded.

Watch the video clip below from HBO.