Here's why Christians believe in miracles – and other kinds of magic 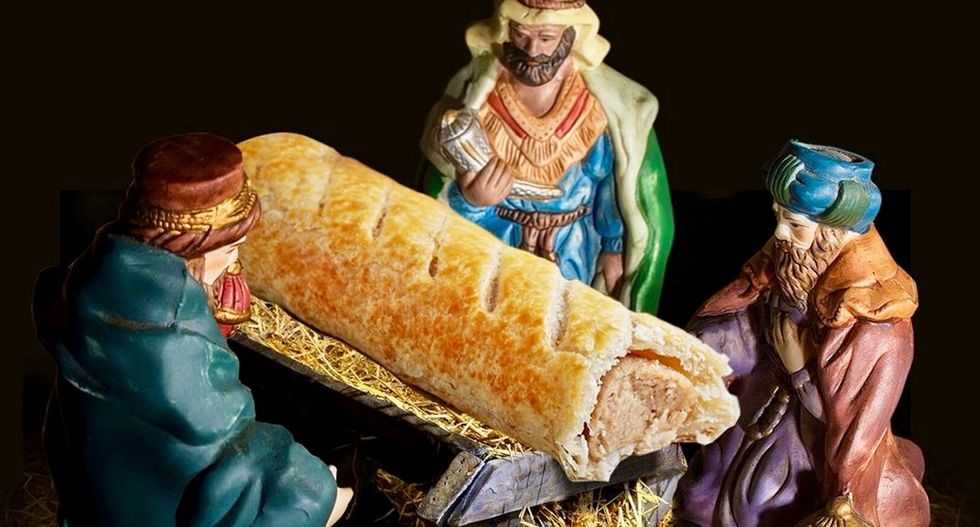 If it looks like a duck, and quacks like a duck, we have at least to consider the possibility that we have a small aquatic bird of the family Anatidae on our hands. – Douglas Adams

Why do so many Christians believe in miracles? Former Evangelical minister, John Loftus—now author of skeptical books and founder of the website, Debunking Christianity—asked me to address this question as part of an upcoming anthology, The Case Against Miracles.

One obvious answer is that Christians believe because our ancestors did. Handed-down religious beliefs are remarkably powerful and change-resistant, and Christian belief in miracles dates all the way back to the beginnings of Jesus worship. In fact, it dates back even further, back into the beginnings of the Hebrew religion and the earlier religions of the Ancient Near East from which the Hebrew stories and beliefs emerged.

Christianity was born at a time in history when every religion included a belief in magic or miracles. Miraculous healings, natural “signs and wonders,” good things magically happening to good people and (even more satisfying) bad people magically getting what they deserve . . .

Belief in all of these was the norm, along with the conviction that we humans can draw magic to ourselves by attracting the attention of supernatural beings, engaging in certain rituals, eating or drinking special foods, touching objects with talismanic powers, and more. What would have been truly miraculous would have been the emergence of Christian texts and traditions that didn’t include magical thinking.

That would have been a real wonder.

You can tell from the language I just used, that I see the Christian belief in miracles as a subset of humanity’s broader belief in magic. Christians for centuries have claimed that what they call miracles are somehow different than magic. They have claimed this, typically, while believing in other kinds of magic. The Bible writers and Church fathers were no exception. The Bible and the traditional Christian worldview include all manner of supernatural beings with special powers. In the Bible itself, this includes disembodied spirits, angels, devils, unicorns, dragons, seers, human sorcerers and witches, enchanted animals, and a whole pantheon of deities.

Many modern fundamentalists, at least in their own minds, continue to inhabit this wonderland. They believe that an invisible ethereal plane underlies the physical world, and that our lives are part of a cosmic battle between the forces of good and evil which spills from the otherworldly plane into this one. Magic, for them, still exists. On the website, Got Answers, one believer tried to clarify the difference between magic and miracles. His answer reflects the thinking of many other Bible believers:

“Basically, magic and miracles differ in their source: magic has either a human or demonic source, but miracles are a supernatural work of God. . . . “Magic is an attempt to circumvent God in the acquisition of knowledge or power. . . . “Miracles and magic sometimes look the same, but their goals are different. Magic and illusion distract the eye from reality, while miracles draw the eye to reality. Miracles reveal; magic hides. Miracles are an expression of creative power; magic uses what already exists. Miracles are a gift; magic is a studied skill. Miracles do not glorify men; magic seeks to be noticed and bring glory to the magician. Jesus was not a magician. He was the Son of God, known for His many miracles.”

For those of us who don’t believe that any supernatural stuff is done by either the Christian god or any other gods for that matter—the distinction is little more than a cloud of smoke from an illusionist’s mist-making machine. It is just one of the many tedious ways that Christianity claims to be different—not a religion but a relationship, not man-made like all the others, not polytheistic like Hinduism, not antiquated like the fairy tales of Pagan Europe, and definitely not a bundle of superstitious woo like New Age wonders involving crystals and incantations. I find Christian exceptionalism of this sort—philosophers call it special pleading—to be narcissistic and irksome, and I’m going to use the terms miracle and magic interchangeably.

But I digress. It is true that specific Christian beliefs about miracles and magic are products of a specific handed-down tradition, kept alive by the architecture of the Church and the flow of history. But Christians are not alone in their miracle belief. Nearly 8 in 10 Americans say they believe in miracles, including almost 20 percent of nonbelievers.

The fact is, most all of us find ourselves attracted to magic, even if we are firmly convinced it isn’t real. People flock by the thousands to marvel at tricks performed by illusionists. Viewers flock by the millions to watch movies about super-villains and superheroes with superpowers. Young Adult fiction is dominated by genres like fantasy and science fiction and even paranormal romance. We humans love us some magic!

So, to answer the question, Why do Christians believe in miracles? we really have to ask—Why do we all love magic so much, child and adult, skeptic and believer alike? Why does magic so delight and call to us that it emerges in a myriad of different forms when we are given the freedom to build worlds from the unconstrained raw material of the human imagination? And what are the habits of mind that make us so prone not only to create magical stories but to believe the ones that have been handed down by our parents, and their parents, and their parents before them all the way back into the shadowy mists of pre-history?