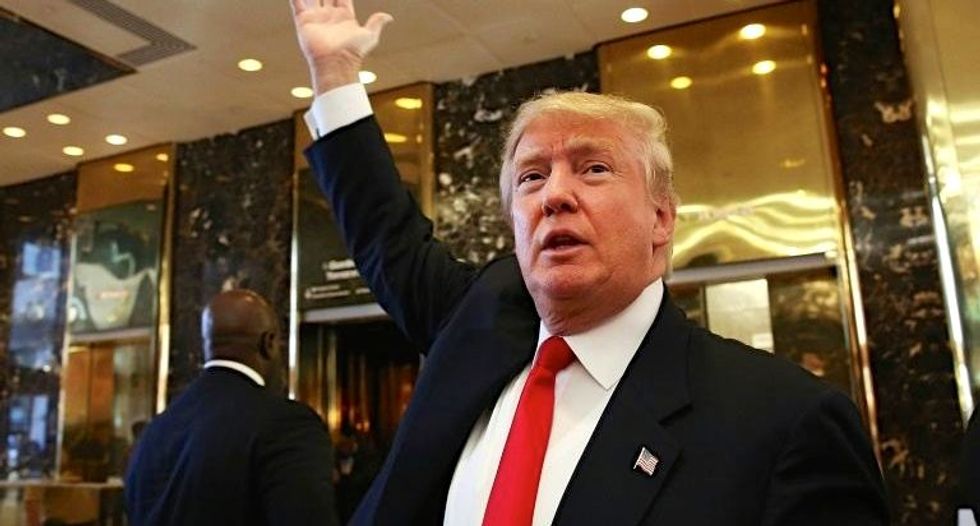 Donald Trump's father engineered an appliance markup scheme that allowed him to funnel money to his kids — and helped the future president spin his persona as a "self-made billionaire."

The lengthy bombshell report about Fred Trump's tax evasion and fraud in the New York Times went into great detail about how the Queens-based patriarch used a company called All County Building Supply & Maintenance to increase his wealth and drive rents up.

All County was ostensibly an appliance supply company, but it had no corporate office and instead listed the Manhasset, NY address of the Trump patriarch's "favorite nephew," John Walter. Walter worked for this uncle for decades "helping computerize his payroll and billing systems."

The company's "main purpose," the report noted, was to allow Fred Trump to "make large cash gifts to his children and disguise them as legitimate business transactions, thus evading the 55 percent (inheritance and gift) tax."

Beginning in August 1992, the president's father began using All County to pay his subcontractors. His nephew John Walter, meanwhile, billed Trump businesses "for those same services and supplies, with one difference: All County’s invoices were padded, marked up by 20 percent, or 50 percent, or even more, records show."

To illustrate this "self-dealing," the Times noted that the president's brother Robert was on his father's payroll and approved many of the payments the Trump businesses made to All County — all while being All County's chief executive and co-owner.

In 1993, prices for replacement refrigerator-stove combinations Trump bought for the building jumped 46 percent.

"Likewise, the price he paid for trash-compacting services at Beach Haven increased 64 percent," the Times noted. "Janitorial supplies went up more than 100 percent. Plumbing repairs and supplies rose 122 percent. And on it went in building after building. The more Fred Trump paid, the more All County made, which was precisely the plan."

The gifts given to the Trump children were at first evenly split up among the four of them — but that began to change as Donald came into his own as a businessman and needed bailing out.

"All told, The Times documented 295 streams of revenue that Fred Trump created over five decades to enrich his son," the report noted. "In most cases his four other children benefited equally. But over time, as Donald Trump careened from one financial disaster to the next, his father found ways to give him substantially more money, records show."

Though the now-president is more than simply a product of his father's riches, they did allow him to market himself in the image of a "self-made billionaire."

"While Fred Trump helped finance the accouterments of wealth, Donald Trump, master self-promoter, spun them into a seductive narrative," the report concluded. "Fred Trump’s money, for example, helped build Trump Tower, the talisman of privilege that established his son as a major player in New York."

Read the entire explosive investigation via the Times.