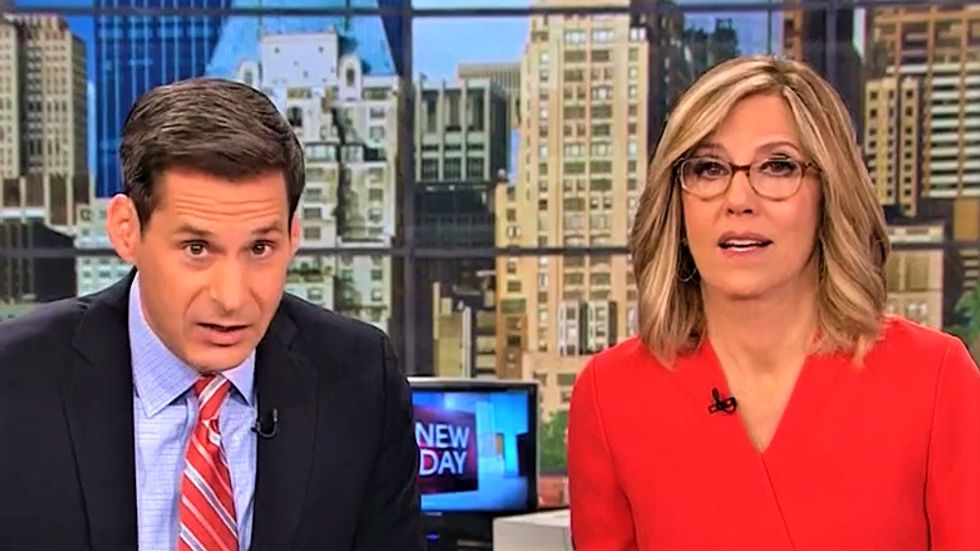 President Donald Trump has consistently inflated the number of jobs created by the sale of arms to Saudi Arabia -- and a CNN panel on Tuesday documented how Trump's estimate over the last few days has climbed from 40,000 to over a million.

After playing a supercut of Trump progressively raising the number of jobs supposedly creating by Saudi arms deals -- from 40,000 to 450,000 to 500,000 to 600,000 to a million -- host John Berman was utterly flabbergasted by how shameless the president is about making up facts.

"Unreal!" Berman exclaimed. "He's either lying or he has magic."

"That was the anatomy of a fabrication," host Alisyn Camerota replied. "His last claim wasn't good enough anymore, so he keeps upping the ante."

"It's a flat-out lie," Berman said. "Because he knows that [only] one of those numbers is true."

Panelist David Gregory then chimed in and called it "unseemly" that Trump was talking about jobs numbers at all when discussing arms sales to a country whose agents killed a journalist in their own consulate.

Pivoting back to Trump's fabrications, Camerota wondered why the president's voters were so untroubled by the way he lies about a seemingly endless array of topics.