Holocaust survivor late to services at synagogue tells CNN's Anderson Cooper: 'Hate is in their DNA' 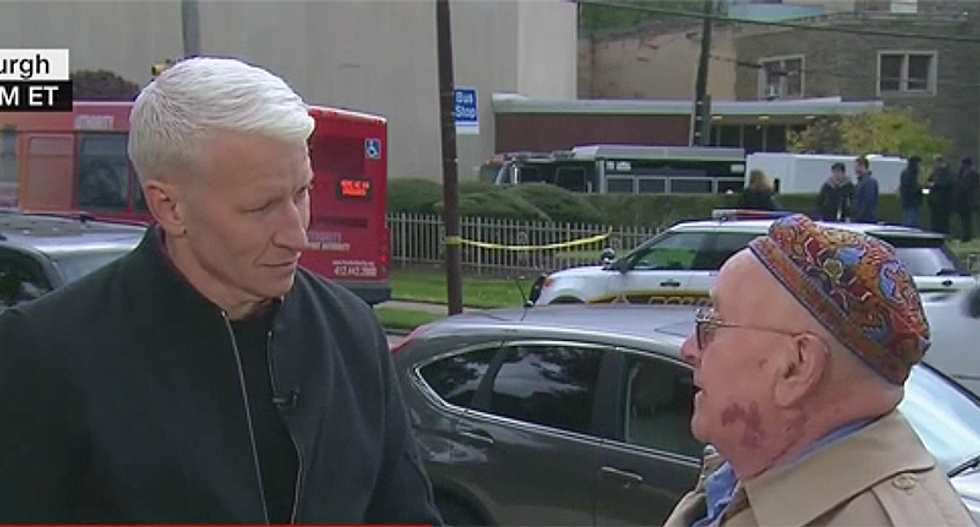 In a Monday interview with CNN's Anderson Cooper, one member of the Pittsburgh synagogue explained how his experience in the Holocaust reminds him of the hate he saw Saturday.

Judah Samet was just seven years old when he and his mother were in Bergen-Belsen concentration camp in Germany. He pulled his car into a parking spot in front of the Tree of Life synagogue Saturday morning for early Shabbat services. He was running late that morning and those four minutes saved his life.

"Did you ever think you would be faced with that kind of hate here in Pittsburgh?" Cooper asked.

"Well, I know that you have all of those white supremacists organizations," Samet began. "In fact, the Liberty paper is published right here in West Virginia, within maybe 50 miles or so from here. And -- I was always wondering, if nothing happened here, maybe they didn't want to do it here near their homes."

He went on to quote scripture about hate as well as James Orwell talking about anti-Semitism and what it exists.

"So, why are they hated so much? And it says, 'I think it's in their DNA.' Hatred is in their DNA," he said. "People ask me sometimes, you know, I lost a brother in one of the wars in Israel. I remember when he died, I came home and my mother said, 'At least he didn't die in Bergen Belsen, he died for the state of Israel.' It was somewhat of a pride in her. But they -- I remember I was asked, do you hate the Arabs? And I said, 'Jews don't have hatred in their DNA. They don't know how to hate.' In fact, they feel sorry for --"

Cooper cut him off to ask if he hated the shooter that killed the 11 members of the synagogue.

"I don't know. I hate what he did, but I don't know the guy," Samet explained.

All Cooper could say was, "wow."