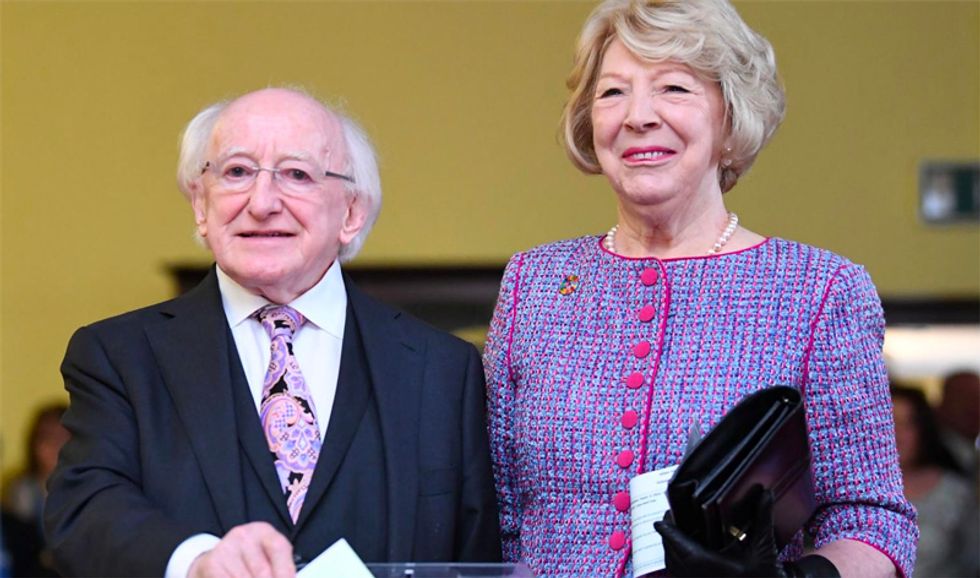 Ireland re-elected its president for a second term, official results showed on Saturday, despite a surge in support for the runner-up after controversial comments targeted at the Irish Traveller ethnic minority.

Michael D. Higgins, a left-wing former arts minister who enjoyed the support of three of the four largest political parties, easily won re-election to the largely ceremonial role with 56 percent of the vote, the electoral commission said.

Media coverage had focused on the surge in support for independent businessman Peter Casey, who came second with 23 percent of the vote, up from 2 percent in an opinion poll just days earlier.

Commentators linked the surge to his comments on Irish Travellers, one of the most marginalized groups in society, who he said did not pay their fair share of taxes and generally camped on other people’s land.

Traveller advocacy group Pavee Point said the surge should send out a warning to the Irish political system, one of the few in Europe that has not experienced a surge in far-right political parties in recent years.

“It is important that we also do not gloss over the fact that one candidate sought to exploit prejudice against a small and marginalized community,” the group said in a statement welcoming Higgins’ re-election.

Casey on Saturday told journalists he did not believe the comments were responsible for the surge in support and said they could not be racist as he did not regard Travellers as a different race.

Irish voters also looked set to remove the offense of blasphemy from the constitution in a referendum held alongside the election. Exit polls and early results indicated the measure had been backed by more than two-thirds of voters.

It is currently illegal to publish or speak of anything “grossly abusive or insulting in relation to matters sacred by any religion”.

The exit polls are the latest sign of the waning influence of the Catholic religion in Ireland, five months after voters overwhelmingly backed a bid to overturn a ban on abortion.

An attempt to charge British broadcaster Stephen Fry last year for referring to god as “capricious, mean-minded (and) stupid” was dropped last year. One police source told the Irish Independent the case was abandoned because they failed to find “a substantial number of outraged people” as required by law.