Jimmy Kimmel: The Trump administration is ready for this storm -- they’ve got at least a dozen paper towel rolls 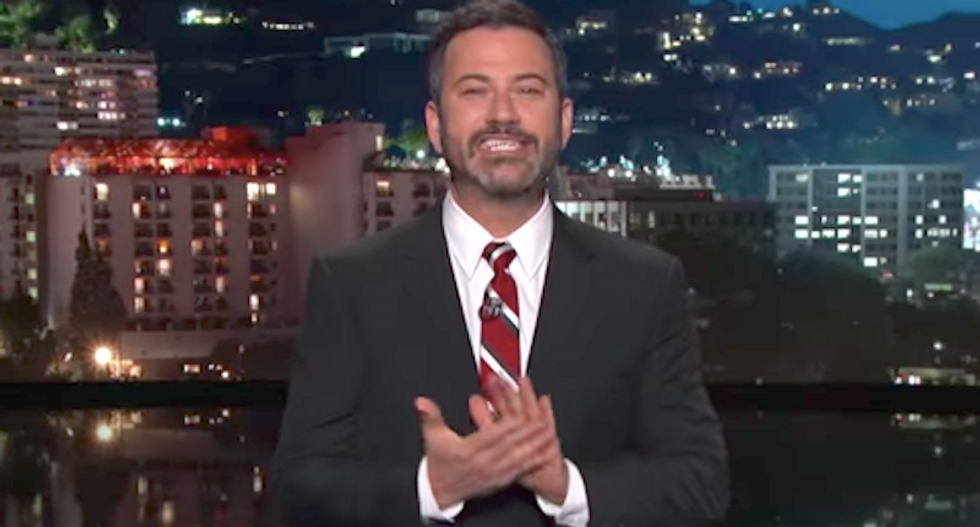 Late-night host Jimmy Kimmel began his Wednesday show talking about Hurricane Michael and saying that he was keeping everyone in the past in his prayers.

"They say this is the most powerful storm to make landfall in the continental United States in more than 25 years," Kimmel said. "Which really makes me wonder why they named it Michael. Michael is a much too casual name for a hurricane and I'm worried people won't take it seriously. 'Be prepared, Michael's coming!' 'Oh, good, is he bringing the kids?'"

When it comes to Donald Trump, however, it was something different. The president spent the evening campaigning in Pennsylvania and promising that he was monitoring the situation. Kimmel noted that the president has an entirely different idea of what hurricane monitoring is actually about.

"You know the Trump administration moved very quickly to gear up for this hurricane," he said. "This is where they really shine. Before the storm hits. The president said, 'We are very well prepared and absolutely ready.' He's got more than a dozen rolls of paper towels. They can be deployed at a moment's notice! His hair is matted down extra."

He went on to criticize the president for his new claim that he has always wanted pre-existing conditions in health care and would fight for them.

"The president wrote an op-ed in this morning's edition of USA Today," Kimmel began. "Are any of you staying at a Holiday Inn Express? Maybe you saw it? This op-ed really makes me mad. In it, Trump blasts what he calls the Democrats' Medicare for All policy. He made a really truly outrageously claim that he kept a promise to protect coverage for those with pre-existing conditions."

"As a candidate, I promised that we would protect coverage for patients with pre-existing conditions and create new health care insurance options that would lower premiums," Trump wrote in the op-ed. "I have kept that promise. And we are now seeing health insurance premiums coming down."

Kimmel called it nothing more than "fake news."

"You didn't keep that promise!" he exclaimed. "That promise was forced on you because John McCain gave you the finger and so you weren't able to not keep your promise."