WATCH: Third Kavanaugh accuser Julie Swetnick names police officer she went to after she claimed she was raped 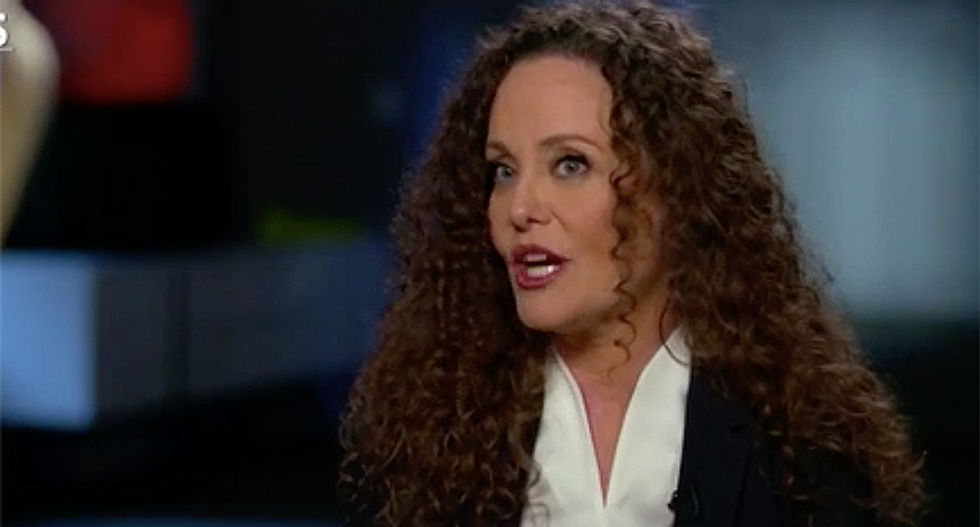 During an MNSBC interview, Brett Kavanaugh accuser Julie Swetnick railed against the Republicans on the Senate Judiciary Committee for not allowing her to speak out against the Supreme Court nominee.

Swetnick, who is represented by Michael Avenatti, said that she heard about six weeks ago that Kavanaugh was being considered. When she heard what happened to Dr. Christine Blasey Ford she thought about some information she recalled from her own youth and decided she would release the information.

Swetnick said she was in community college when she began attending parties. She recalled meeting Kavanaugh and his friend Mark Judge, who she said, had distinguished faces. She noted that many boys from Georgetown Prep would wear parts of their uniforms to parties.

"He was a very aggressive, very sloppy, mean drunk. I saw him go up to girls and paw on them, try to, you know, get a little too handsy, touching them in private parts. I saw him try to shift clothing," Swetnick recalled. "I saw him push girls up against walls. He would pretend to stumble into them. He would push his body against them, grope them."

In her statement, Swetnick said she saw the men spiking punch, but in her interview, she said she "saw him around" the punch bowls and he was giving cups to the women.

"My body was violated and my soul was broken," she said "I was not able to have somebody stop when I said no, stop. I felt like somebody took me and basically said you're worthless. You are nothing to us. You are disposable."

The accuser recalls being at the party andv not feeling very good. She was then shoved into a room, touched, assaulted and she had no way to fend them off. Swetnick can't specifically say whether Kavanaugh assaulted her. But she said that both Kavanaugh and Judge were "hanging around the area" where she was when she began feeling ill. She remembered hearing them laughing.

She said that she contacted the police and told her mother about the incident. Swetnick did name an officer she spoke with but he has since died. Montgomery County officials said it could take up to a month for them to locate the records. She's also named friends that she said can confirm attending the parties.

After the attack, she said she never went to a party again. Swetnick also noted she saw Kavanaugh again at a Beach Week event in Ocean City, Maryland.

She said that the reason she went with Avenatti as an attorney was that he went to college with a mutual friend.

Kavanaugh has called her story "nonsense" and a "farce." NBC has not been able to verify her claims.