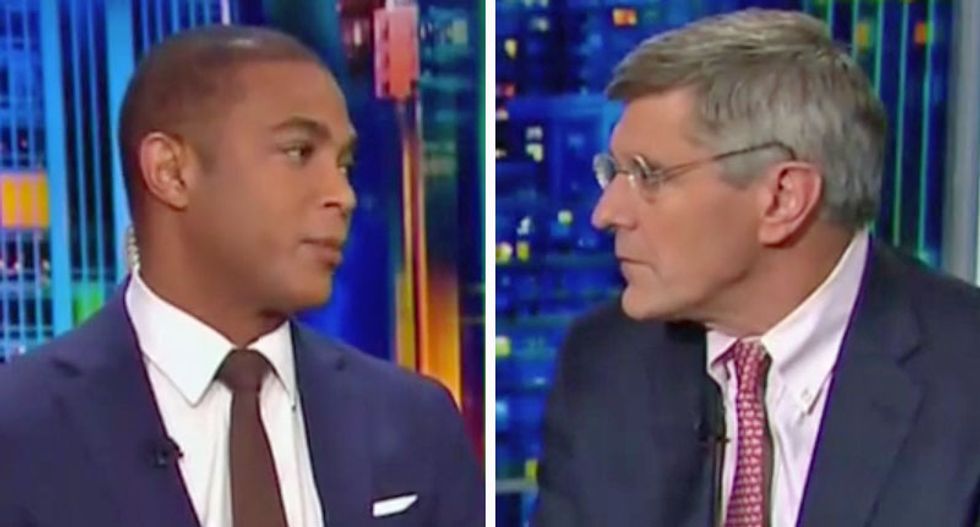 Lemon asked Moore about Trump traveling to Pittsburg despite being largely unwelcome in the city.

"Stephen, a Progressive Jewish group at the protest said that they would welcome the president if he denounced white nationalism once and for all," Lemon asked. "Why not just give a full-throated speech doing it and then denouncing white nationalism, that it's evil?"

Moore countered that he hadn't heard Trump use the term "white nationalism" and self-described himself as a nationalist.

He then went on to paint Trump as the victim.

"I don't think in my lifetime -- I've been in politics 45 years -- I've seen a more politicized event, tragedy like this one. I mean from the moment this tragic, horrendous act happened, everyone started blaming the president for it, which is I think for most Americans a little bit over the top," he argued.

"The question that has been asked, and what people have said, on this network, is that they think the president contributes to a climate where this can flourish, not that the president is directly responsible to that," Lemon reminded. "That is two different things and don't pretend you don't know the difference."

"I'm not so sure about that," Moore replied. "I don't see the distinction here."

"You don't think it's hateful to say the president is a racist, that he's a xenophobe?" Moore asked.

"Not if the evidence shows it," Melvin answered.

"Nationalism is not a racist term," Moore argued.

"Nationalism at the very least is a politically incendiary and toxic word," Lemon noted.

"I think you have made it that way," Moore argued.

"The president himself said 'I know I shouldn't say it,' and then he said it," Lemon answered.

"Well, because it's become a politically incorrect term to say nationalism," Moore admitted.

"You just proved my point," Lemon observed. "You're saying what I'm saying."