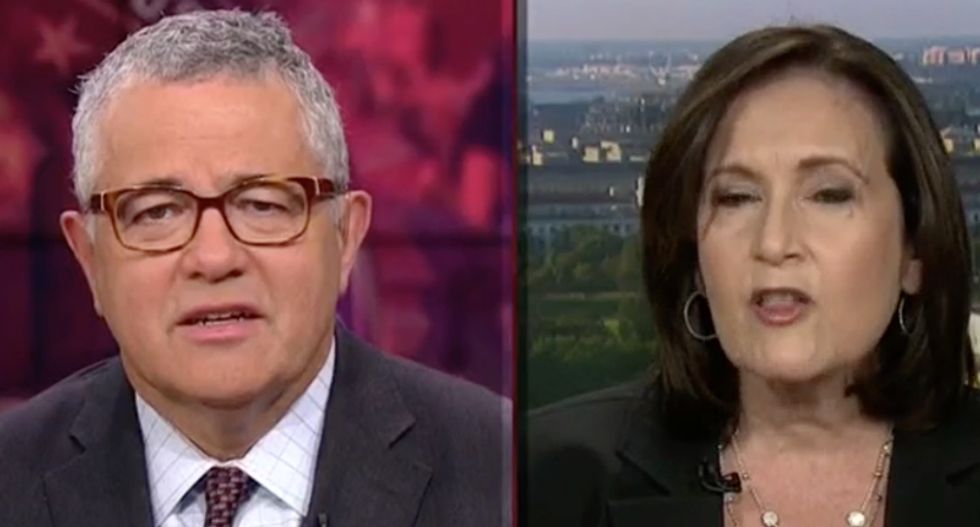 Anita McBride, former chief of staff to First Lady Laura Bush, tried to put the blame on California Democrat Dianne Feinstein for the Brett Kavanaugh debacle -- and pitched a fit when CNN's Jeffrey Toobin reminded her of Merrick Garland.

"One hundred people on that Senate now have to look themselves in the eye, in the mirror and know they're doing the right thing," McBride said. "One of the most important right things was not done in July, when that letter got to Senator Feinstein."

"Now it really looks like the whole process was polluted and corrupted and nobody feels good about it," she added. "Everybody is traumatized, including the whole country and these two people."

An evidently outraged McBride shot back, "that's unfair to me."

"I have a long history in this town of being fair," she added, pointing to her appearances on "other networks that are not necessarily friendly to Republicans being fair about the process."

However she did not address Toobin's point, that the Republicans had violated Senate norms by refusing to give Garland a hearing and letting his nomination languish until after the 2016 elections.