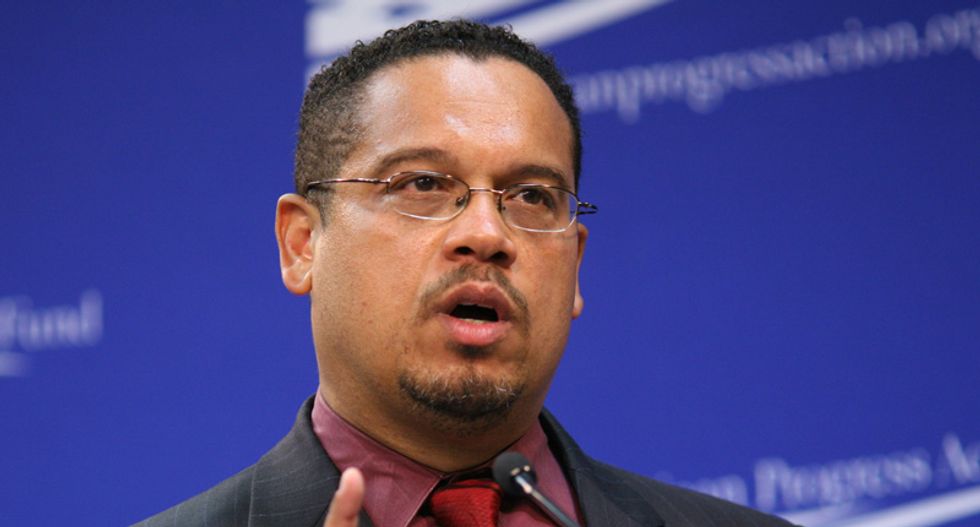 Rep. Keith Ellison's opponent in the race for Attorney General of Minnesota once penned a highly partisan, right-wing blog, the Intercept reports.

Doug Wardlow allegedly published the blog while he clerked for the Minnesota Supreme Court, in violation of court rules.

Although the website has since been wiped, the Intercept found entries archived in the Wayback machine, which preserves inactive web sites.

Although there's not definitive proof, the author is strongly believed to be Wardlow based on biographic information and a reference to Wardlow's brother in a document obtained by the Intercept.

Among other things, the author decried a Supreme Court ruling that found the death penalty should not be applied to crimes committed by minors. They also appear to be strongly biased towards the administration of President George W. Bush, celebrating the Swift Boat attacks against John Kerry during the 2004 campaign.

They also wondered if encouraging high voter turn out was a good thing. “Their goal is generally to increase turnout and make voting easier,” they wrote. “

Laudable goals? Maybe not. Higher turnout is not necessarily a virtue if it is sparked not by voter education and real civic concern on the part of those casting ballots, but rather by the goading of voter turnout advocates combined with easy access to balloting," they wrote. "If people are too lazy to show up at the polls over the course of twelve hours, it says something about the intensity of their support for their chosen candidate.”

As a clerk for the Minnesota Supreme Court, Wardlow was prohibited from promoting partisan positions, experts told the Intercept.

“The rules of judicial conduct, which applied then and which include clerks, would have prohibited this type of partisan activity,” David Schultz, a professor at the University of Minnesota Law School and ethics expert, told the Intercept. “In addition, the Rules of Professional Conduct would have also prohibited it.”

The battle for Minnesota Attorney General has been particularly vicious, with Wardlow running attack ads calling Ellison "Extreme. Out of touch," and accusing him of supporting "cop killers."

Wardlow's campaign has also been able to hone in on allegations of domestic violence against Ellison. A woman says Ellison verbally abused her, while another claims to have video showing physical abuse, which she is not making public.

Ellison has criticized Wardlow of representing the Alliance Defending Freedom, deemed a hate group by the Southern Policy Law Center for promoting homophobia.

Ellison's pitch to the people of Minnesota is that he's "running for Attorney General to be the people’s lawyer." He pledges to "protect health care, and pre-existing conditions coverage. Take on corporate interests, and defend equality for all."