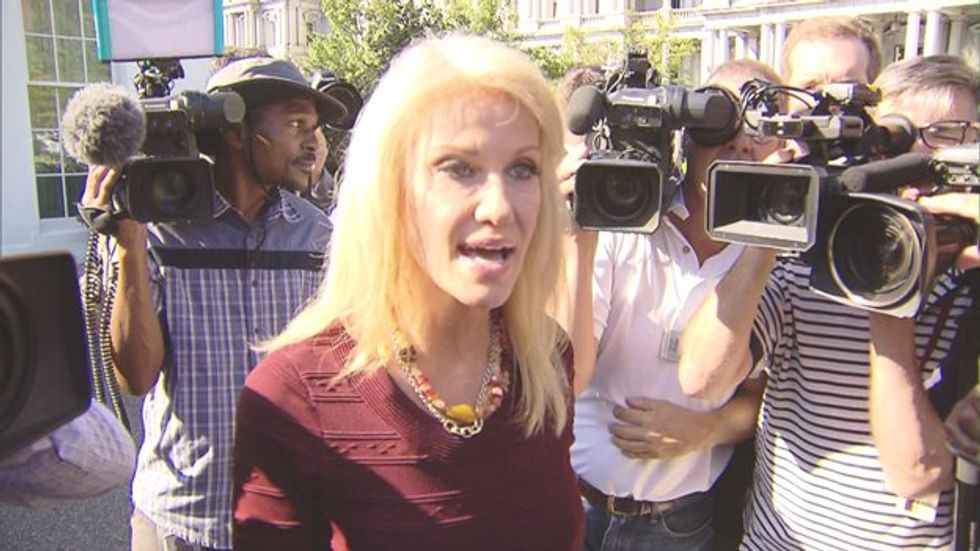 While speaking to reporters on Wednesday, Conway was asked about a campaign-style rally in which Trump mocked Ford's alleged sexual assault.

"She's been treated like a Fabergé egg by all of us, beginning with me and the president," Conway replied, according NBC's Peter Alexander.

CBS correspondent Mark Knoller said that Conway defended the president by arguing that he cited "factual inconsistencies" and "memory gaps" in Ford's story.

The special counselor to the president also defended Trump against allegations that he and his family committed fraud to avoid paying estate taxes.

“The president has denied that. His attorney has said it’s 100 percent false,” Conway said.

Read tweets from reporters below.

NEW: Kellyanne Conway on Dr. Ford, tells me: "She's been treated like a Faberge egg by all of us, beginning with me and the president."
— Peter Alexander (@Peter Alexander)1538577610.0