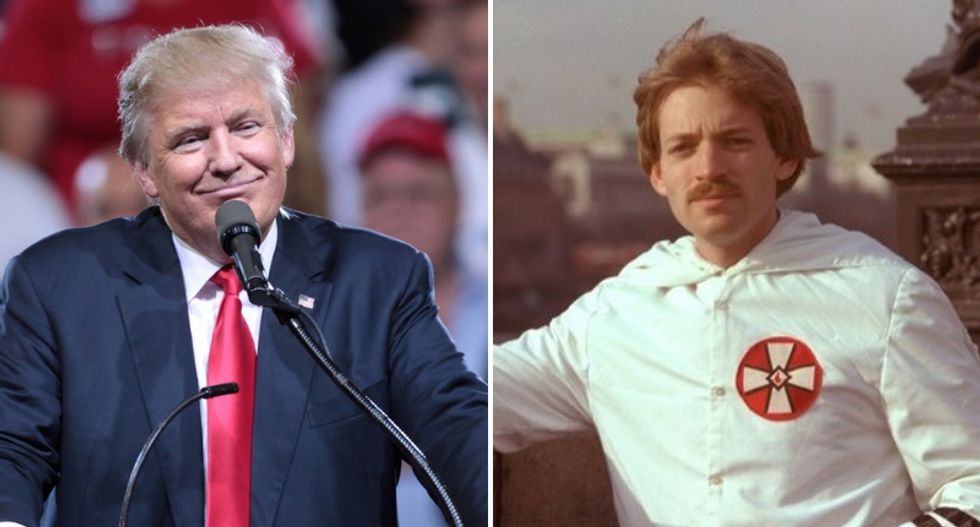 The godson of infamous former KKK leader David Duke revealed exactly why Donald Trump's language panders to white nationalists — whether he knows it or not.

Former Klan member and white nationalist poster child Derek Black told the New York Daily News that although he renounced all ties to his white supremacist upbringing five years ago, he can "still recognizes the stamp of supremacy when he sees it."

"The government itself is carrying through a lot of the beliefs (white nationalist groups) have and a lot of the goals — things like limiting immigration, and as of today, the goal of ending birthright citizenship," Black told the News while meeting students at the Facing History School in Brooklyn.

"That has been a goal of white nationalists for decades, like explicit: this is what they want to do," the 29-year-old raised by the founder of the neo-Nazi Stormfront web forum said.

Black explained that people within white nationalist groups are "very open" with their belief that Trump is their man.

"They have a person in the White House that is advocating the exact white nationalist goal that is one of the cornerstones of their belief system," he said.

He added that Trump may be unaware of the ways his rhetoric rallies white supremacists, but that he knows firsthand that leaders within those movements think he "is going to fulfill all their wishes."