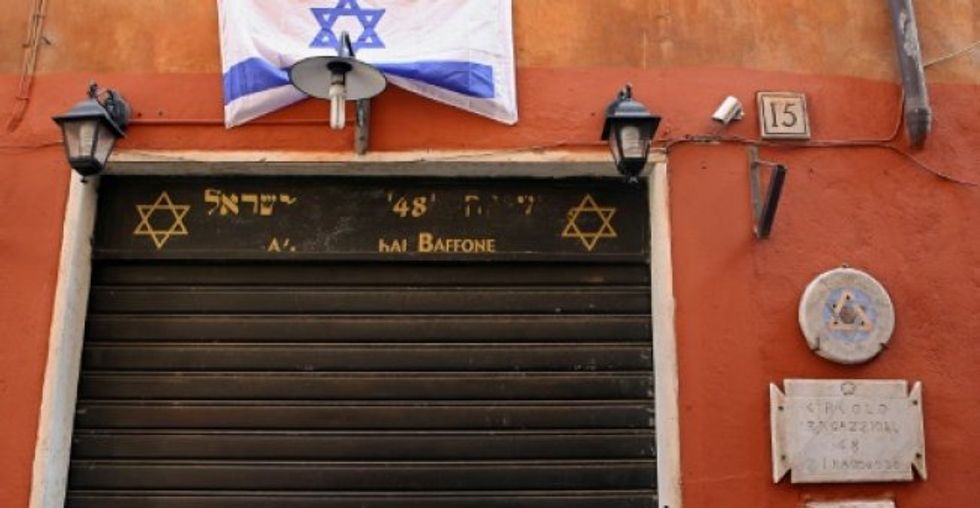 The last survivor of the 1943 Nazi raid on the Rome Ghetto, in which more than 1,000 Jews were taken away to concentration camps, has died aged 91, the Italian Jewish community said Friday.

Lello Di Segni was 16 years old when he was seized with his parents and three younger siblings in the round-up during the first weeks of occupation by the Third Reich's troops.

Italy, where the far right came to power in June as part of a populist coalition, this year marked 80 years since the promulgation of anti-Jewish laws by Mussolini's fascist regime.

News of Di Segni's death came just days after the country also commemorated the 75th anniversary of the Ghetto raid, which saw German police arrest hundreds of people at dawn on 16 October 1943.

Some foreigners or people in mixed marriages were released, but of the 1,022 men, women and children sent to concentration camps after the round-up, just 16 returned -- 15 men and one woman.

Di Segni was separated from his family and transported to Auschwitz, but survived and was later freed from the Dachau camp by the American army.

"It is our responsibility to pass on his story, so that this dark period, devoid of reason, will never be repeated," he tweeted.

Liliana Segre, an Italian Holocaust survivor who has been made a senator for life, struck a more sombre tone.

"As those left disappear one by one, we fear that the memory [of the Holocaust] will also disappear," she told local media.

Jews were confined in the Rome Ghetto, an area along the river Tiber that still has the same name, for more than three centuries until their emancipation at the end of the 19th century.