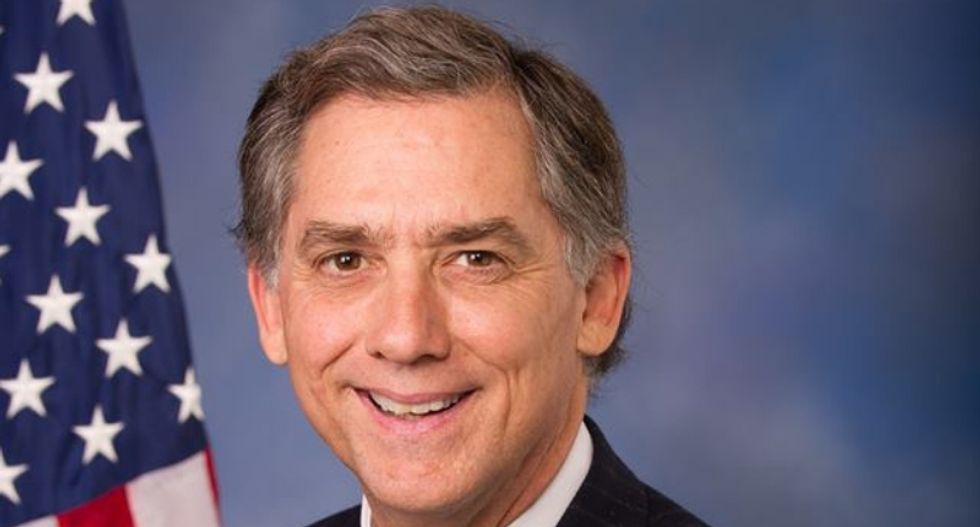 An and for a white Arkansas Republican ran on an African-American radio station warning that white women will "cry rape" and lead to the lynching of black men if Democrats take control of Congress.

"Our Congressman French Hill and the Republicans know that it's dangerous to change the presumption of innocence to a presumption of guilt — especially for black men," the ad, narrated by a black woman, began.

"If the Democrats can do that to a white justice of the Supreme Court with no evidence, no corroboration and all of her witnesses, including her best friend, say it didn't happen — what will happen to our husbands, our fathers or our sons when a white girl lies on them?" the woman added, noting that white Democrats "will be lynching black folk again."

The ad then shifts to another black woman narrator who claimed she is "voting to keep Congressman French Hill and the Republicans because we have to protect our men and boys."

"We can't afford to let white Democrats take us back to bad old days of race verdicts, life sentences and lynchings when a white girl screams 'rape,'" the second woman noted.

A third narrator notes at the end of the ad that it was "paid for by Black Americans for the President's Agenda." The Daily Beast's Lachlan Markay noted on Twitter that the PAC is run by West Virginia State Rep. Jill Upson (R).

"Countless times, black men have had to witness the careers and reputations of other black men ruthlessly destroyed because of unproved rape and sexual-assault accusations," Hill wrote. "And as that Baltimore audience member also argued, if the claims were made by a white woman, expect the damage to be triple."

You can listen to the ad, flagged by Twitter user Ben Tribbett, below:

UPDATE: Congressman Hill denied that he had anything to do with the advertisement in a tweet posted from his re-election Twitter profile.

"Some may have heard an appalling ad on the radio," he wrote. "I condemn this outrageous ad in the strongest terms. I do not support that message, and there is no place in Arkansas for this nonsense."

Some may have heard an appalling ad on the radio. I condemn this outrageous ad in the strongest terms. I do not su… https://t.co/6RlukxKSpP
— French Hill (@French Hill)1539899875.0

Hill also rebuked the ad in a statement to CNN: