'Make it bigger’: Watch ‘overcompensating’ Trump exaggerate every number but his ‘golf scores and official weight’ 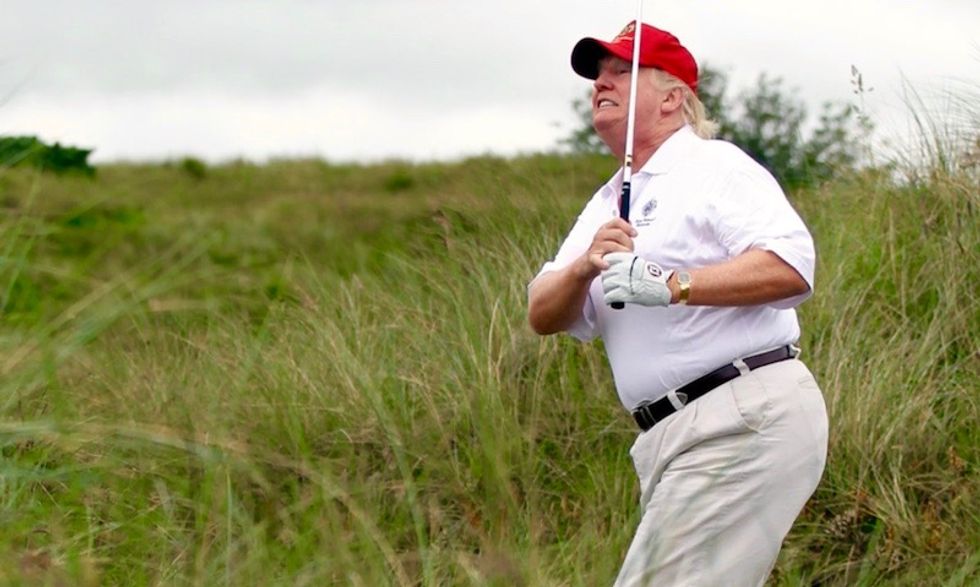 "When it comes to Trump and Saudi Arabia, the policy is 'the customer is always right,' which is why President Trump seems to be overcompensating lately when it comes to talking up the number of jobs that are supposedly going to be created by these arms deals we've got," Hayes noted.

"You ever notice that ... if there is a sentence with a number in it, Trump cannot complete that sentence without raising the number," Hayes joked.

"Donald Trump has been inflating numbers as long as anyone has been paying attention to him, from his net worth to crowd sizes to the number of jobs created by Saudi arms deals," Hayes continued.

"To the close observer, the behavior seems pathological," He continued. "With the exception of his golf scores and official weight, whenever Trump see a number, he needs to make it bigger."