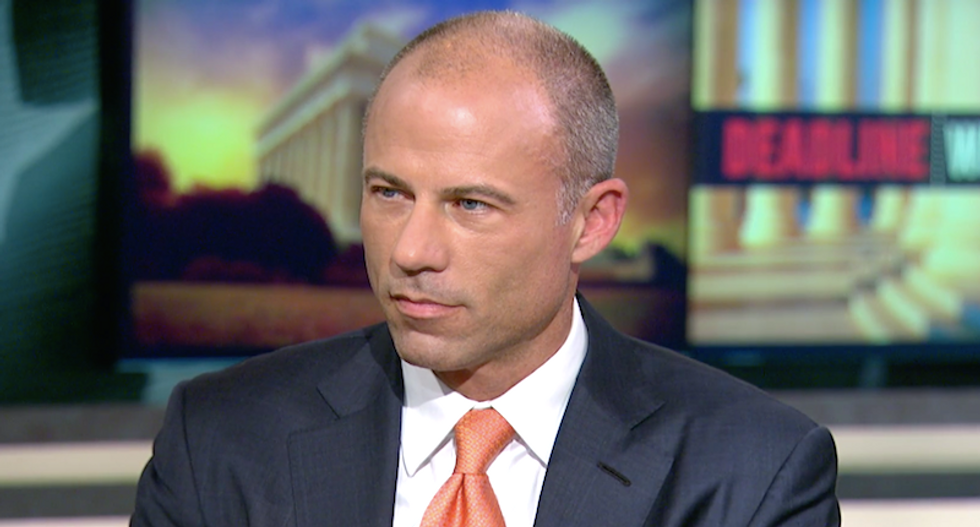 Michael Avenatti is putting the third Kavanaugh accuser on TV. The high-profile attorney is representing Julie Swetnick, who is accusing the Supreme Court nominee of using drugs and alcohol to incapacitate young women so they could be gang raped.

Avenatti says his "client has not been contacted by the FBI because Trump is instructing them not to." It has been widely reported that the White House counsel has directed the Bureau to only interview four people. Swetnick is not on the list. Nor are Dr. Christine Blasey Ford or Judge Brett Kavanaugh, among many others.

Please read the below. It is outrageous that my client has not been contacted by the FBI because Trump is instructi… https://t.co/Lfj5Rofijg
— Michael Avenatti (@Michael Avenatti) 1538393508.0

So instead, he has arranged for NBC News' Kate Snow to interview Swetnick. Avenatti tweeted out a photo of his client under studio lights, sitting with Snow.

The Daily Beast confirms, saying, "CNN’s Brian Stelter reports that NBC is now 'reporting it out,' meaning the outlet is conducting its own vetting to determine which parts of the interview the network feels comfortable airing."

No air date has been released, but sooner rather than later seems likely.