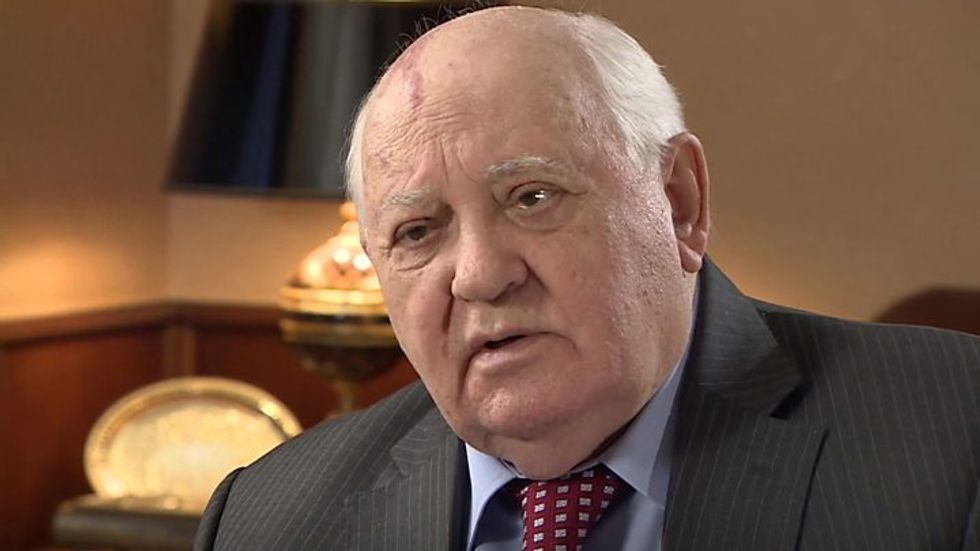 In a New York Times op-ed, former Soviet Union President Mikhail Gorbachev warned that Donald Trump has started a nuclear arms race — and that he wants to be released from all geopolitical constraints.

Gorbachev wrote that although "there are still too many nuclear weapons in the world," disarmament and nuclear nonproliferation agreements between the US and Russia have greatly benefitted the world.

"Today, this tremendous accomplishment, of which our two nations can be rightfully proud, is in jeopardy," the former USSR president wrote. "President Trump announced last week the United States’ plan to withdraw from the Intermediate-range Nuclear Forces Treaty and his country’s intention to build up nuclear arms."

The United States' pullout from the INFT, Gorbachev wrote, is unsurprising given Trump's behavior.

"As we have seen during the past two years, the president of the United States has a very different purpose in mind," he wrote. "It is to release the United States from any obligations, any constraints, and not just regarding nuclear missiles."

"The United States has in effect taken the initiative in destroying the entire system of international treaties and accords that served as the underlying foundation for peace and security following World War II," the Soviet leader added.

The president who worked along with Ronald Reagan to bring down the Berlin Wall and end the Cold War noted that "those who hope to benefit from a global free-for-all are deeply mistaken."

"There will be no winner in a 'war of all against all' — particularly if it ends in a nuclear war," Gorbachev concluded. "And that is a possibility that cannot be ruled out. An unrelenting arms race, international tensions, hostility and universal mistrust will only increase the risk."