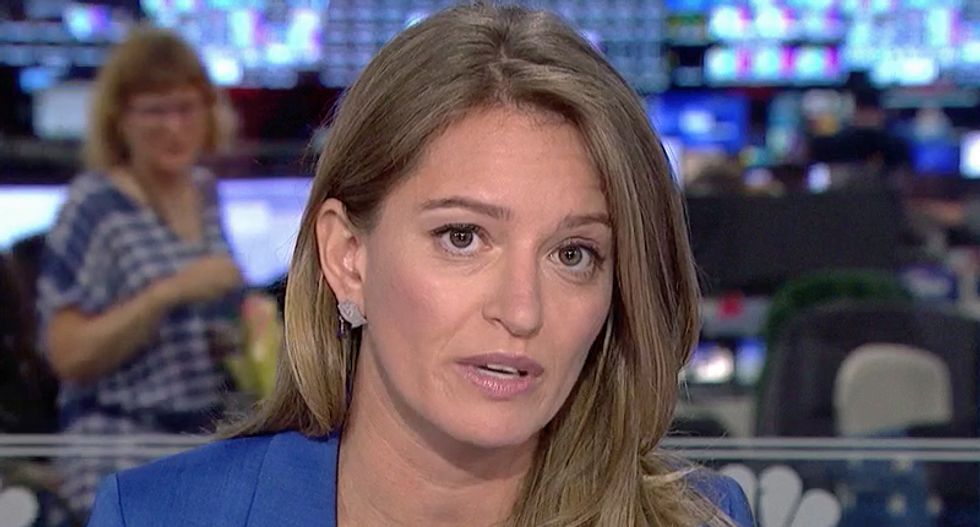 Erickson claimed that violent rhetoric has always been with us. He also criticized protesters for chasing lawmakers out of restaurants.

"I think both sides need to calm down," Erickson said. "It's not helpful to say who started it."

"With all due respect sir," Tur retorted. "I think everyone has to take responsibility for their own actions and their own way they respond to this presidency, etc. I don't condone anything that's happened to Susan Collins or Ted Cruz or anyone getting yelled out of a restaurant."

"But I do think it's pretty clear when you're talking about this toxic political environment that ... it started mostly with Donald Trump in 2015," Tur said. "He began his campaign by calling Mexican rapists," Tur pointed out. "He repeatedly cheered on crowds that were screaming 'lock her up' for Hillary Clinton."

Erickson tried to speak over her, citing the falsehood that President Obama had suggested bringing a gun to a knife fight. Tur refused to let him hijack the discussion with false equivalencies.

"No no no no," Tur exclaimed. When he tried to interrupt again, she shot back, "Let me finish. This is my show."

"To say that the bar did not get demonstrably lower when Donald Trump started running for office is offensive," Tur concluded.