MSNBC's Nicolle Wallace: Is it 'a fluke no Republicans took to the airwaves to condemn Trump’ after shooting? 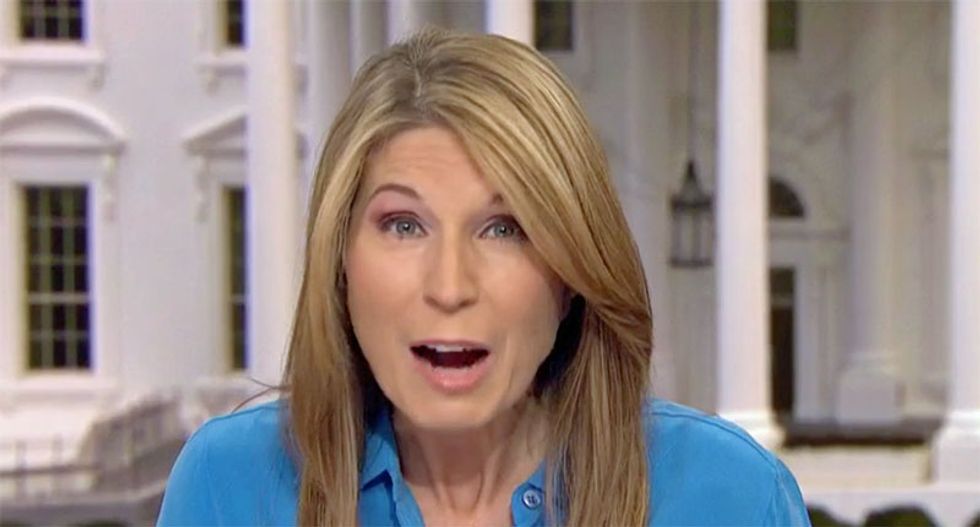 Nicolle Wallace is the host of 'Deadline: White House' on MSNBC.

MSNBC anchor Nicolle Wallace described the future of America as in the hands of voters, just over one week before the 2018 midterm elections.

"Every day, events force us to decide if we believe in coincidences, "Wallace noted. "And in eight days, voters will have to decide if they believe that it is merely a coincidence that while the American president uses his office to smear immigrants, to attack minorities and women, and malign the media and Democrats as the nation suffers its deadliest attack on Jewish-Americans in U.S. history."

"Voters will have to decide if the Florida man who mailed pipe bombs to more than a dozen prominent Democrats and journalists would have done so in any other political moment," she continued.

"Voters will have to decide if they think that this political climate -- one in which the American president tweets images of trains running over reporters, mocks victims of sexual assault, and smears his political opponents by calling them low I.Q., corrupt, and crazy -- is one that we were hurtling toward whether Donald Trump became president or not," Wallace continued.

"Voters will have to decide if it is a fluke that no Republicans in Congress took to the airwaves this weekend, to deliver rousing speeches, this morning, to condemn Donald Trump's language on the campaign trail, or urge a cooling of his rhetoric about immigration, or Democrats, or sexual assault victims, or the media," she noted.

"And voters will have to decide if they're okay with our memories of honor in the White House being just that -- distant memories," she concluded.