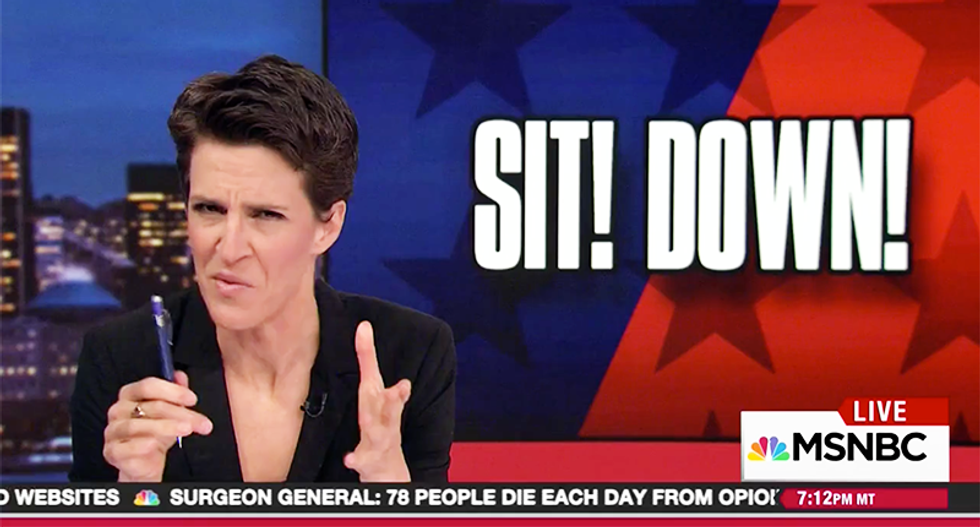 Republican snowflakes have been crying over Americans holding them accountable for their policies and positions on issues. When sexual assault survivors showed up at the U.S. Capitol to demand their elected officials listen to them, Republicans called it a violent mob. The reality is something Rachel Maddow reminded viewers of Tuesday.

While the focus of her story was about the Republican need to overturn Obamacare, despite campaigning on it now, the host brought back the 2010 election.

The rise of the tea party brought violence to Democratic members that went far beyond yelling at someone in an elevator or politely asking them to leave a restaurant.

Before Rep. Gabby Giffords (D-AZ) was shot in the head by a conspiracy theorist, someone used a pellet gun to blow out the glass to her Arizona office. Rep. Louise Slaughter (D-NY) had a brick thrown through her office window. Rep. Tom Perriello (D-VA)'s brother had his propane tank line severed after a conservative activist website posted the Congressman was staying there at the time.

Then there were the protests outside of the Capitol. Republicans whined about being yelled at by their constituents. When Democratic members of the Congressional Black Caucus walked out of the U.S. Capitol, tea party members spit on them.

As Republicans reduce the number of town hall meetings they do for constituents, their voters have become desperate in efforts to reach their elected representative. Some have argued that desperate citizens are approaching officials in public simply because they don't have any recourse other than sending an email that gets a "form letter" response.