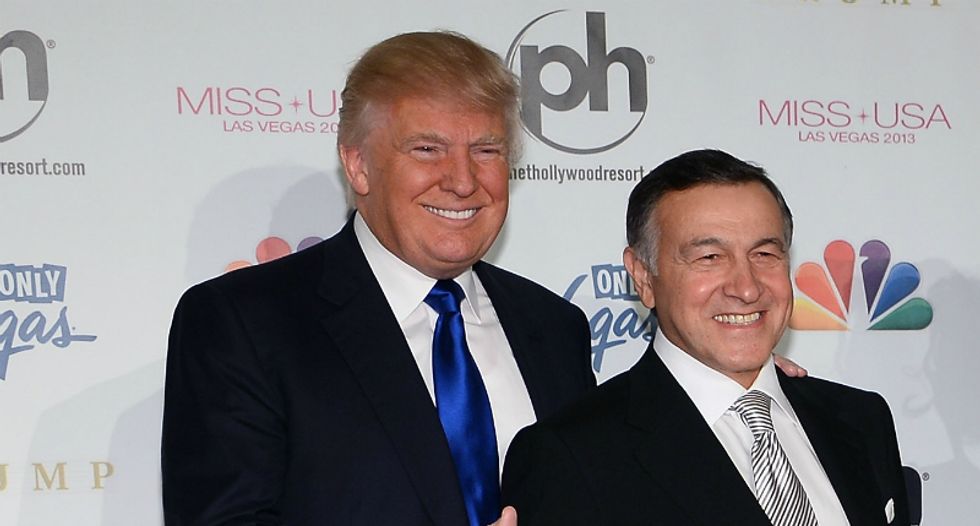 The U.S. bank accounts of Russian oligarch Araz Agalarov have been frozen in relation to his suspected interference in the 2016 presidential election.

RBC, the news vertical of the Russian RosBiznesKonsalting media company, reported that all of Agalarov's bank accounts have been frozen at Mueller's request.

A day prior to the account closures, The Guardian reported that the Russian oligarch who helped arrange the Trump Tower meeting in 2016 set up a US shell account just before the infamous meeting.

In September, BuzzFeed News reported that Agalarov attempted to move $3.3 million to an account owned by his employee Irakly “Ike” Kaveladze the same day as the infamous meeting — on top of the $20 million the website revealed that traveled between participants at the meeting.

"Although the documents do not directly link the $3.3 million to the meeting, they show that officials at three separate banks raised red flags about the funds," the report noted. "Many of the transfers seemed to have no legitimate purpose, bankers noted. Kaveladze quickly moved money to other accounts he controlled, and appeared to use some of it to make payments on Agalarov’s behalf — including more than $700,000 to pay off American Express charges."

RBC noted in its report that within 10 days of BuzzFeed's September report on the transactions between Agalarov and Kaveladze, the oligarch received notification from Union Bank about the closure of all his corporate accounts.

The Russian news site also noted that Kaveladze — an employee of Agalarov's at his Crocus Group company — relayed the information about the account closures through a press release.

Crocus has reportedly tried to open three new accounts — to no avail.

"Our company is under real threat of ceasing its activities in the USA," Kaveladze told RBC before blaming the closures on the "criminal actions" of Natalie May Edwards, a senior Treasury employee arrested for leaking documents related to the Mueller probe.

Stedman, who translated the story from Russian, walked back his tweet a little saying that it wasn't clear if it was Mueller who froze the accounts. He said more information is forthcoming.

I deleted this tweet because Russian media wasn't definitive in saying that it was on the request of Mueller. New t… https://t.co/gvff8iKxyX
— Scott Stedman (@Scott Stedman)1540000629.0