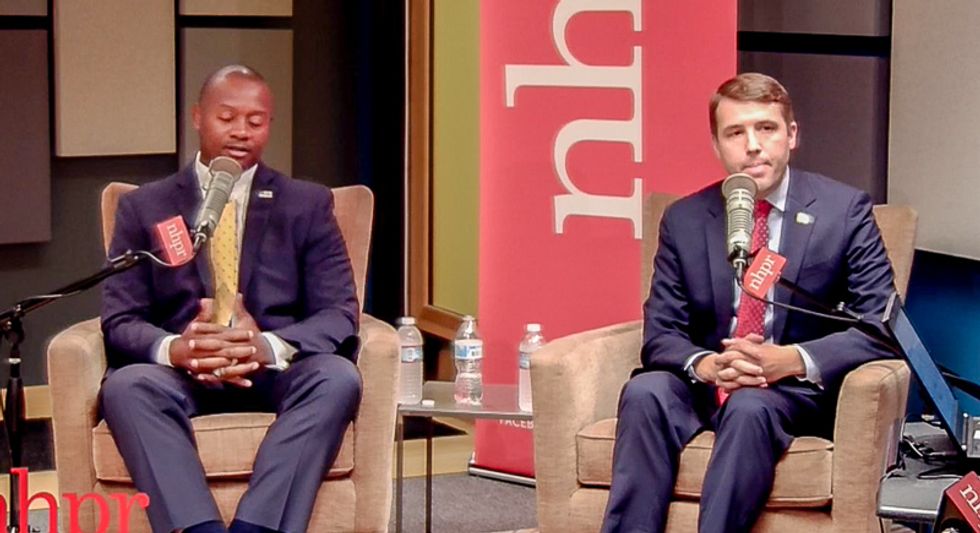 Eddie Edwards, who is running to become a New Hampshire U.S. congressman, refused on Wednesday to explain why he opposes abortion even in cases of rape.

At a debate with Democratic opponent Chris Pappas, Edwards was asked to defend his anti-abortion stance, but he insisted that the issue was too divisive to talk about, according to The Associated Press.

"When Pappas asked him to explain his position opposing abortion even in the case of rape, Edwards called the question itself divisive because the matter wouldn’t come before Congress," the AP reported.

Edwards, who is black, also argued that talking about LGBT rights, race issues and President Donald Trump only serves to divide the country.

“We look for ways to divide our country, so we point to the president’s language sometimes,” Edwards opined. “To constantly go back and forth and try to demonize the president is wrong. I think it’s misguided because we see similar behavior across the board. ... The question is designed to draw conflict.”

“If there’s a member of the LBGT community out there who’s questioning their place in our state, maybe this sends a really strong, positive message to them,” Pappas remarked. “I’m excited to be a part of a newer generation stepping forward to run for Congress this year. ... I think it’s important that everyone has a seat at the table. At the end of the day, we’re going to see better policy that’s rooted in the communities of New Hampshire as a result.”

Watch the debate below from New Hampshire Public Radio.