'It is not a right': Fox News host says babies born in the US 'should have to earn' their citizenship 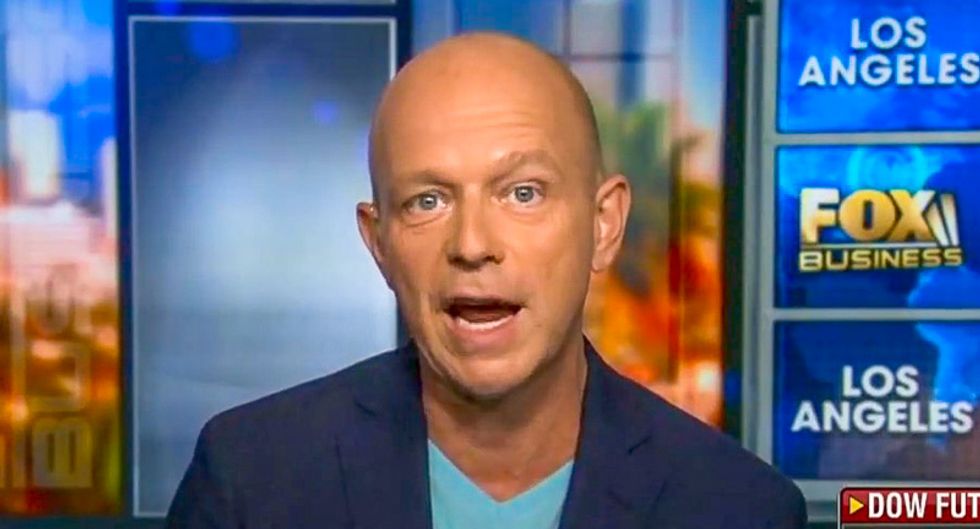 Fox News host Steve Hilton argued on Tuesday that babies born in the U.S. do not have a "right" to citizenship even though the nation's Constitution clearly states that they do.

During a segment on Fox Business, host Stuart Varney asked Hilton if President Donald Trump has the power to rescind birthright citizenship with an executive order as he recently suggested in an interview with Axios.

Hilton argued that Trump made a "smart move" by floating the idea because "the Democrats are weak" on immigration.

"U.S. citizenship is a privilege, it is not a right," Hilton said. "It's something that you should have to earn. I'm working towards that. I'm hoping to start the process next year actually... And to me, that's something that's so precious and shouldn't just be handed out simply by being here."

"I think the constitutionality of it is something that lawyers will argue about," he continued. "I've seen both sides make the case just today that the way the Constitution is written was not intended to cover people who are just here for a short period of time."

According to Hilton, the Constitution "is supposed to cover citizens or lawful residents who have been here longer than that."

"It shouldn't be handed out lightly," he concluded.

The 14th Amendment of the U.S. Constitution states: "All persons born or naturalized in the United States, and subject to the jurisdiction thereof, are citizens of the United States and of the State wherein they reside."

"I have great confidence in General Milley," Biden said.

While a seven-foot security fence is being erected around the US Capitol and its police force requests National Guard support in anticipation of Saturday's rally to support the Jan. 6 insurrectionists, virtually no one except the organizer appears to be excited about it.

Tweets from Matt Braynard, the little-known political consultant behind the event, have been almost universally met with derision from people who scorn the hundreds of people facing charges for involvement in the Capitol attack.

Big Lie 2.0: Trump bids to remake US democracy in his image

His defeat may only just have been established but Larry Elder was already claiming fraud in the California gubernatorial recall election before a single ballot had been counted.

A website funded by Elder's campaign claimed the day before Tuesday's vote it had detected fraud in the "twisted results" -- underlining the new Republican orthodoxy that echoing Donald Trump's fantasies of stolen elections has currency even in the bluest corners of America.