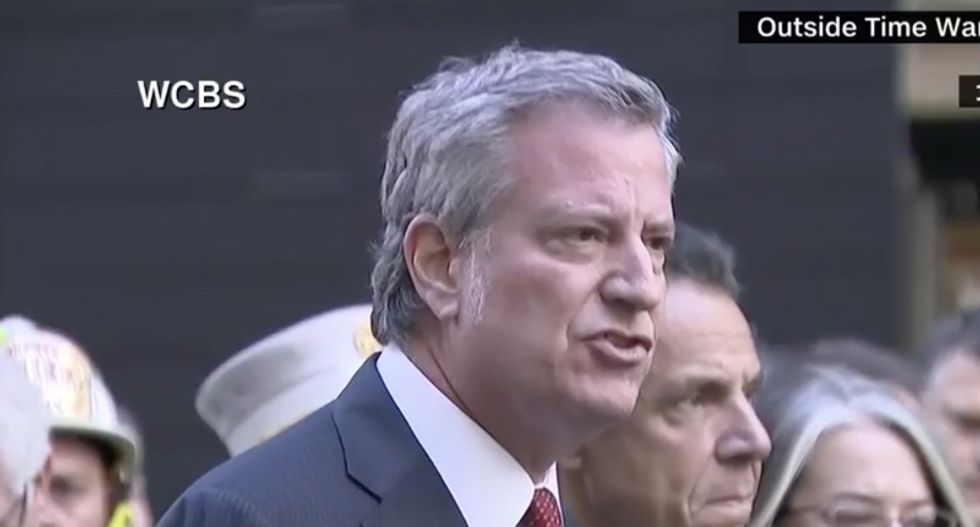 New York City Mayor Bill de Blasio held a press conference Wednesday after bombs targeting Hillary Clinton, New York Governor Andrew Cuomo, and the offices of CNN were intercepted. He labeled the suspects terrorists who were targeting the pillars of American democracy, and said that New Yorkers would not be cowed.

"What we saw here today was an effort to terrorize," said the Mayor. "This clearly is an act of terror, attempting to undermine our free press and leaders of this country through acts of violence."

"You cannot be terrorized if you refuse to allow the terrorists to win," he added, thanking the city for remaining calm. "People in the city have shown time and again that they stand up in the face of these efforts to intimidate."

Clearly referring to the stark political divisions in the United States, which have played out at Donald Trump's political rallies, de Blasio remarked that "this is a very painful time in our nation."

"It's a time when people are feeling a lot of hatred in the air, and incidents like this exacerbate that pain and exacerbate that fear," he said. "This is a moment in history that's painful, but it will pass. This too shall pass."