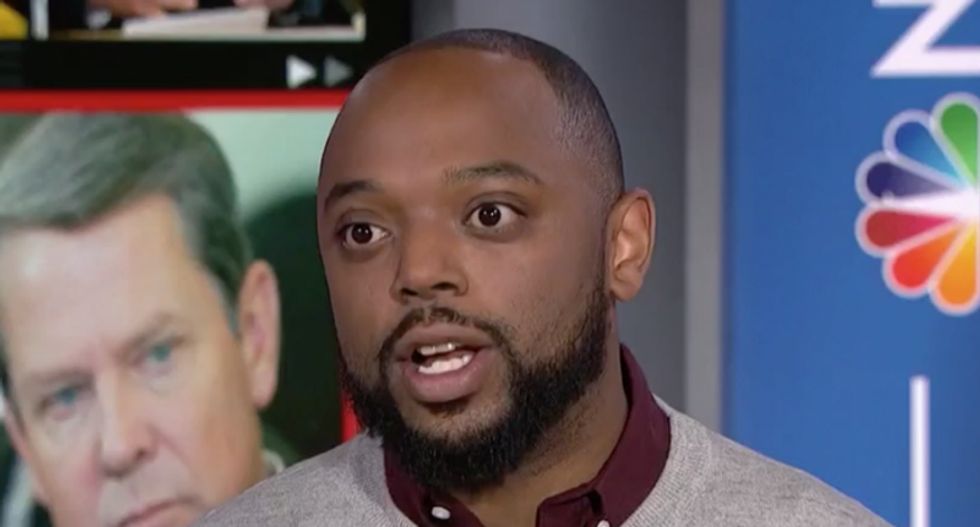 New York Times national politics reporter Astead Herndon told MSNBC in a Wednesday interview that Brian Kemp, Georgia's Secretary of State and GOP candidate for governor, was using a discredited voter registration system that had been previously struck down by the courts to purge black voters ahead of the 2016 elections. Kemp's office has failed to process 53,000 'pending' voter registration applications, most belonging to black voters.

"Seventy percent of the folks on that 'pending' list are black voters," said Herndon, explaining that Kemp's refusal to process the forms is hurting Democratic opponent Stacey Abrams, whose strategy relies on "motivating new voters and infrequent voters to really change the scope of what the electorate looks like in Georgia."

But Abrams strategy hit a roadblock.

"It's coming up against Brian Kemp who has been using this system called Exact Match, which has been previously challenged and was struck down," said Herndon. "But then the Georgia state House and Senate put it into law."

Herndon explained how Kemp, who despite running for office also controls the voter registration process, is using the system to block African Americans from voting.

"If there's any little tiny difference between what is the registration form, whether it's someone's government I.D., a hyphen, a data entry problem, misplaced address, that person goes on that 'pending' list," he said.

Herndon added that there was "so much discrepancy between election workers from county to county", and that they should be permitted to vote with proper I.D.

"The problem is because there's these auxiliary lists, the main lists, some people have been told once you get there, 'you're not on the main list so you have to go home'," Herndon said. "Election advocates say just the basic voter I.D. laws disenfranchise folks in rural communities."

"Kemp and his office tied to shut down some polling locations in majority black area earlier this year," he added. "So it's not just Exact Match and the question of I.Ds that's coming up, it's the whole scope of issues that's been happening for a number of years in Georgia."