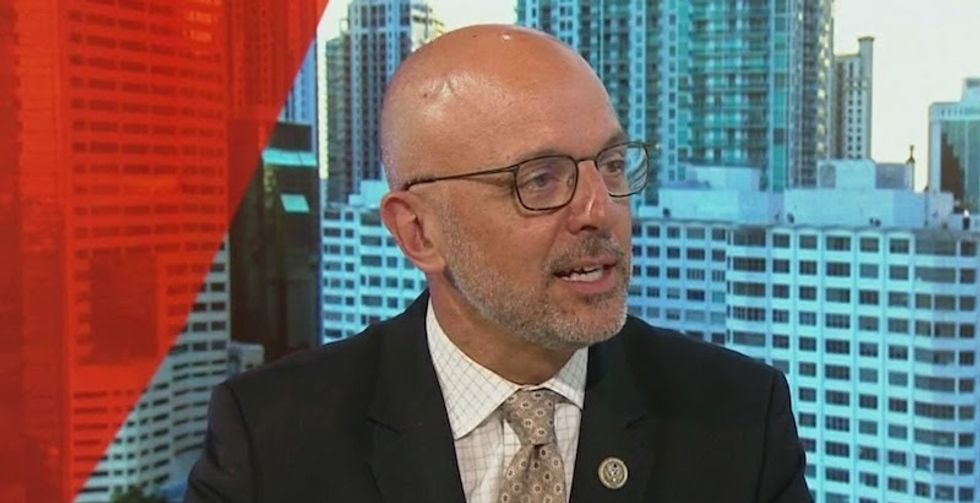 A Democratic congressman who represents Parkland, Florida unloaded on Donald Trump for suggesting the Pittsburgh synagogue where a shooter killed 11 people should have had armed guards — and for failing to keep his promise on universal gun background checks.

CNN's Wolf Blitzer on Monday noted that following the attacks on the Pittsburgh synagogue, Rep. Ted Deutch (D-FL) reminded Trump on Twitter that he "wanted to be the president to pass universal background checks."

"You said don’t be afraid of the NRA," the congressman said. "Stop being a coward."

The Jewish congressman recounted that although he met with Trump and the whole nation heard him say he wanted to pass universal background checks and ban bump stocks, the president "changed tune" after meeting with the NRA.

"We haven't heard a peep about that since," Deutch said.

"I'm confident that they're going to be successful in so many races," Deutch concluded.