Pastor who survived South Carolina church shooting grateful for Obama: 'I don't know what we would have done' with Trump 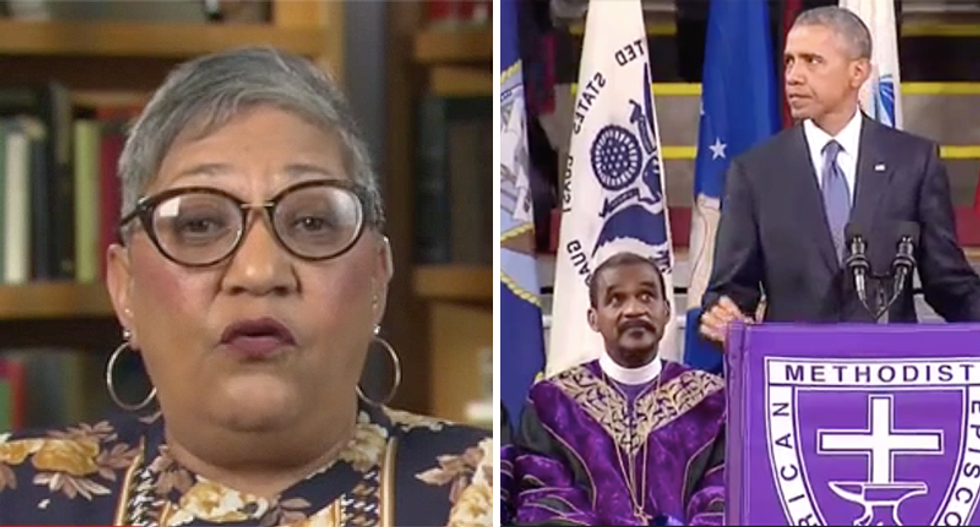 The pastor who survived the South Carolina shooting at Emanuel African Methodist Episcopal Church told CNN's Don Lemon how grateful she was to have a gracious and compassionate president when nine were killed in her sanctuary.

"You know, I want to say this," Rev. Sharon Risher began, when Lemon asked her about the president visiting her church. "I thank God that President Barack Obama was the president during the time that this horrific thing happened in Charleston because he is such a man of compassion and grace."

She noted that having Trump go to Pittsburgh surrounded by "such divisiveness, such -- the language that he used," the people of the city deserve better.

"They deserve someone with compassion and kindness who is able to relate to them -- I just don't think Trump has that in him," she said. "I'm sorry that that's the case. But leave them be for right now. Let them be able to cling to each other as a community and as family members try to navigate through how they will be able to go on for the next days and weeks following this."

She then reinforced how important Obama was to her and her congregation in wake of such tragedy.

"I'm just glad that we had Obama. I'm really glad," she said. "I don't know what we would have done as a community if that had happened to us and we had to deal with Trump being our president. I just don't think the healing process would have begun as fast as it did if we had someone else."

Watch her comments below and a video of Obama's speech from the service: