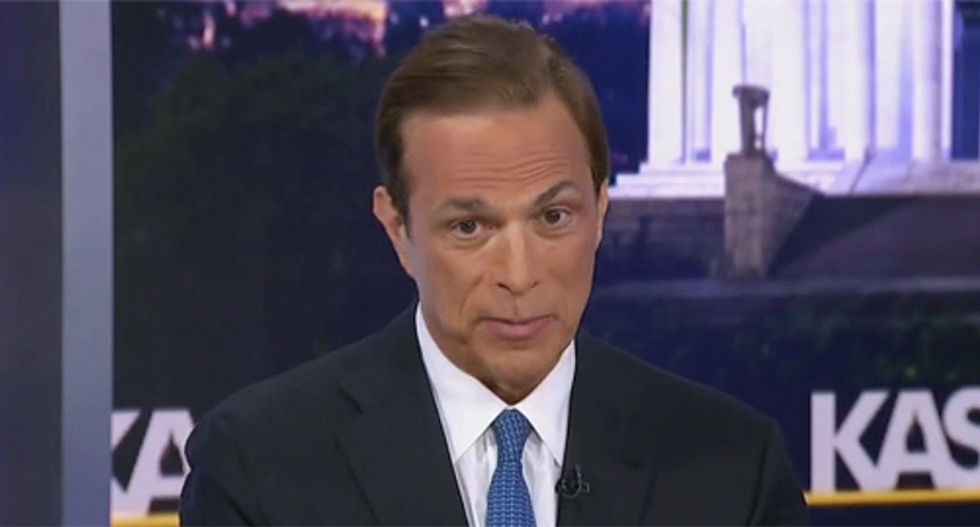 Presidential historian Michael Beschloss was given a brief moment to indicate what he'll be "watching" for this week in the world of political news. What he came up with was ominous.

"I hope we won’t see Donald Trump sending armed forces to the border in something that seems designed to help him win the election one week later," Beschloss said. "An October surprise like this is not what a president should be doing, our armed forces are not there to help him politically. I hope we don’t see such an abuse of presidential power."

The MSNBC panel lamented that in the past weeks, Trump has attempted to make the Honduran caravan the news, but since it takes weeks to walk north through the 1,100 miles to the U.S./Mexico border, it might not work with the president's political timeline.

The president also tried to tout the success for his heroin legislation, but what was delivered was far from what was promised.

Beschloss feared what Trump might turn to as he struggles to find a story that convinces Americans the GOP is working for them.