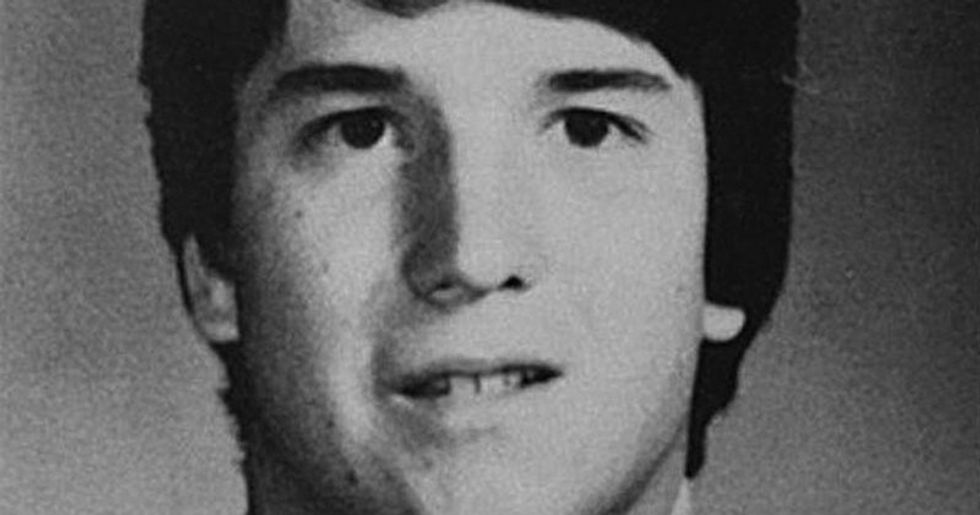 One thing I learned as a psychotherapist is that we tend to believe the stories we tell ourselves about our past and who we are–and revising them can be tough work. I have found myself thinking about that often as #metoo accusations and denials have played out around us, and especially now, during the Kavanaugh hearings.

No question, Supreme Court Nominee Brett Kavanaugh has been dishonest about the extent of his youthful drinking and the social culture that he embraced at the time. But in his adamant denial that he assaulted Christine Blasey Ford as a teen, he may well believe his own protestations of innocence. There is no reason to assume that if she is telling the truth (and for the record, I believe her), that he is therefore knowingly lying. Maybe, maybe not. Trauma memories get encoded very differently from drunk memories, which sometimes don’t get encoded at all.

Back during my student days, I read King Solomon’s Ring by the father of ethology (meaning animal psychology), Konrad Lorenz. In it, Lorenz told the story of a talking pet crow, Hansl, who had disappeared for several weeks and returned with a missing toe. Lorenz wondered what had happened, and he soon found out when Hansl squawked a low German equivalent of “Got ‘im in t’bloomin’ trap!” Normally a human phrase needs to be repeated over and over for a bird to learn it. But because the incident was traumatic, this one had imprinted in Hansl’s memory during a single exposure.

Most memories aren’t like that. Some, as I said, never get encoded at all—perhaps because we are drunk or stressed or distracted. And even those that do are prone to fade. Scientists suspect that this is part of what makes new learning possible. I myself couldn’t swear before the Senate that I even attended high school were it not that I have a diploma—well, that and the logic of the whole thing, the fact that I wouldn’t have gotten into college or grad school without one.

I do, however, have vivid memories from one morning during my 17th year–memories of lying in the street in excruciating pain after being struck by a car on my way to school. I remember the texture of the pavement. I remember the man who hit my bike leaning over and saying, “I’m so sorry, sonny.” (The humiliation of being mistaken for a boy momentarily transcended the pain I felt from the shattered tibia protruding against the leg of my jeans.) I remember  later, in the ER, someone male repeatedly jabbing a needle into my hand, trying to start an IV. And I have a mental snapshot from weeks later still, of me trying to stand up from a stuffed chair while in a full-leg cast.

That painful experience–or better said, fragments of it–stand out in part because I remember so little else. All hyperbole aside, I could, if needed, pull up a handful of other hazy images that provide corroborating evidence that I attended Coronado High in Scottsdale—but just a handful. Together they may represent four hours out of an equal number of years.

My point is, most middle-aged people don’t retain precise details of routine events that happened during adolescence. Even if Brett Kavanaugh were not drunk or, as some have proposed, blacked out during his alleged encounter with Blasey Ford, unless he himself were traumatized or the experience were extraordinary for him in some other way, there is no reason to expect he would remember it. All the less so, if sexual boundary violations were, for him or people around him, routine.

If, as Tony Nugent suggests, the “devil’s triangle” in Kavanaugh’s yearbook may actually refer specifically to the incident with Blasey Ford–if, for example, the alleged Blasey Ford incident represented a tick-box on a checklist of sexual accomplishments–then, certainly, he may be lying. But that isn’t necessarily the case.

My guess is that Kavanaugh’s outrage is real and his verifiable falsehoods—minimizing his drinking, denying that he and Ford’s social circles overlapped, downplaying the misogyny of fraternity culture, dissimulating about the meaning of sexual references in his yearbook—feel justified as a means to defend himself against an outrageous miscarriage of justice. Admitting to these lesser transgressions of propriety and judicious character—which he most certainly knows he committed—would lead the public toward what he sees as a false conclusion: that Blasey Ford remembers something real. The lying he has done may, in his mind, protect a higher truth—that of his innocence.

But here, as I see it, is the most serious lie, and it is one Kavanaugh is telling himself: that he actually knows what went on that night.

Let’s assume, for the sake of argument, that Kavanaugh genuinely has no memory of assaulting Blasey Ford. What might he be able to say, honestly and credibly, in his own defense—without pretending to know something he doesn’t? Something along these lines would work:

Only a few memories from high school stand out for me. I have no memory of ever doing anything like that to a young woman. If during my youth I did things that traumatized another person or persons, I deeply regret any harm I caused.

Whatever I may or may not have done, I was undeniably immature and cavalier. I got in with a reckless group of teenage guys who thought excessive drinking and sexual conquests were cool and funny. I drank earlier and more than I would want my children to drink. I regret that, and I hope they will do better. I say this not to excuse my imperfections, past or present, but to acknowledge them from the vantage of middle age.

Had Kavanaugh said something along these lines, many people still would have judged him characterologically unfit for the Supreme Court. It is, after all, a high honor, and the bar should be comparably high. But in the face of highly threatening accusations, admission of uncertainty is not trivial. In fact, it can take tremendous courage not to leap into defensive denial, and we do wrong to treat hesitation and uncertainty with distain.

Sometimes during the #metoo movement, accused men have offered this kind of honest response. Often as not, they have gotten reamed for it, accused of whitewashing, minimizing or lying, just like those who flat out deny any wrongdoing. People of course are capable of whitewashing, minimizing and lying. But they are also capable of genuinely not remembering what they might or might not have done. Kavanaugh would be more worthy of power over other people’s lives if he were capable of acknowledging this.

So would we, the scarred accusers.

Even as we rage against the people who have harmed us and the cultural norms that allow our wounds to be trivialized or denied—and I am raging—it’s important to remember that we are talking about complicated human beings, not monsters. Some sexual aggressors are shitty people broadly, people who don’t care a whole lot about the harm they do to others. Some of them are people who mostly do care but who have done shitty things out of carelessness, immaturity, ignorance, or lapses when they acted in violation of their own values.

Either way, we can acknowledge the harm experienced without falling into the overly simple mindset that when people say they don’t remember they must be faking, or when two disagree one must be lying. Human beings are complicated.